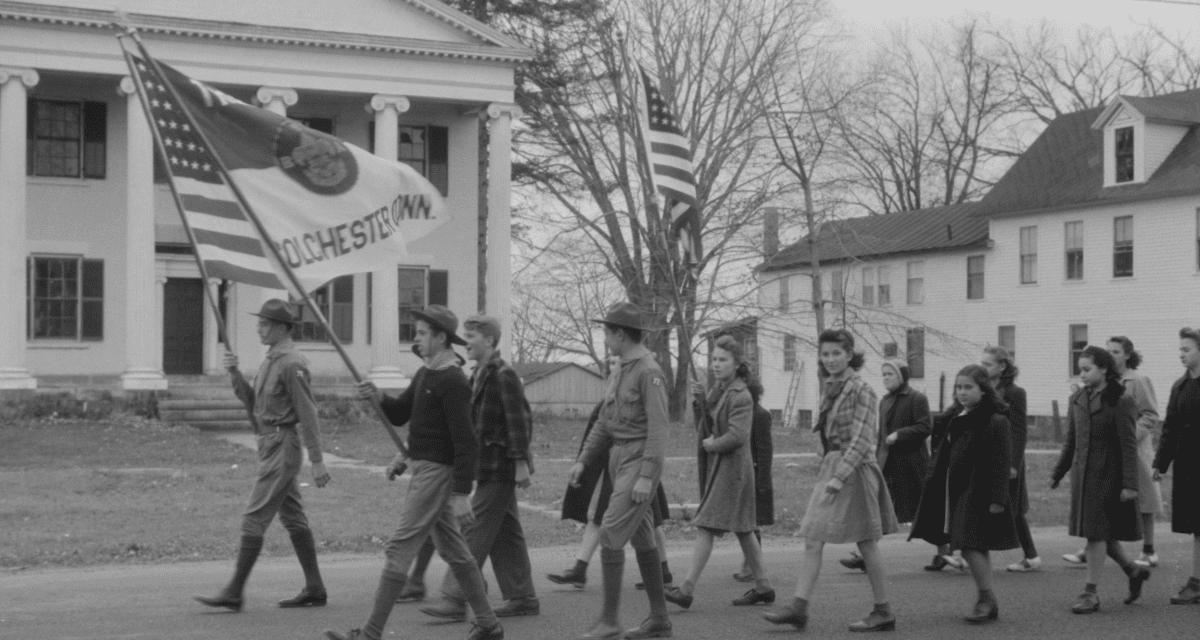 Colchester is a town in Connecticut that was initially settled in 1692. The original settlement began as “Jerimiah’s Farm” and was built on land given to Jerimiah Adam, originally from Hartford, by Uncas, a sachem of the Mohegan tribe.

The town is thought to be named after the city of Colchester in Essex County England, about 70 miles outside of London. Many of the original colonists of Colchester emigrated from that area.

This collection of pictures was taken by Jack Delano and shows what life was like in Colchester, CT in 1940.

1. Having a beer in “Art’s Sportsman’s Tavern”

On a rainy day in Colchester, Connecticut, three friends came to Art’s Sportsman’s Tavern to enjoy a beer. This picture was taken in November, 1940.

2. A game of cards in “Art’s Sportsman’s Tavern”

3. Sitting at the Bar in Colchester, CT

Notice the two guns in the background? That’s definitely not something you would see today. The sign behind the men reads “The drinking of alcoholic liquors other than beer or cider is not allowed”. 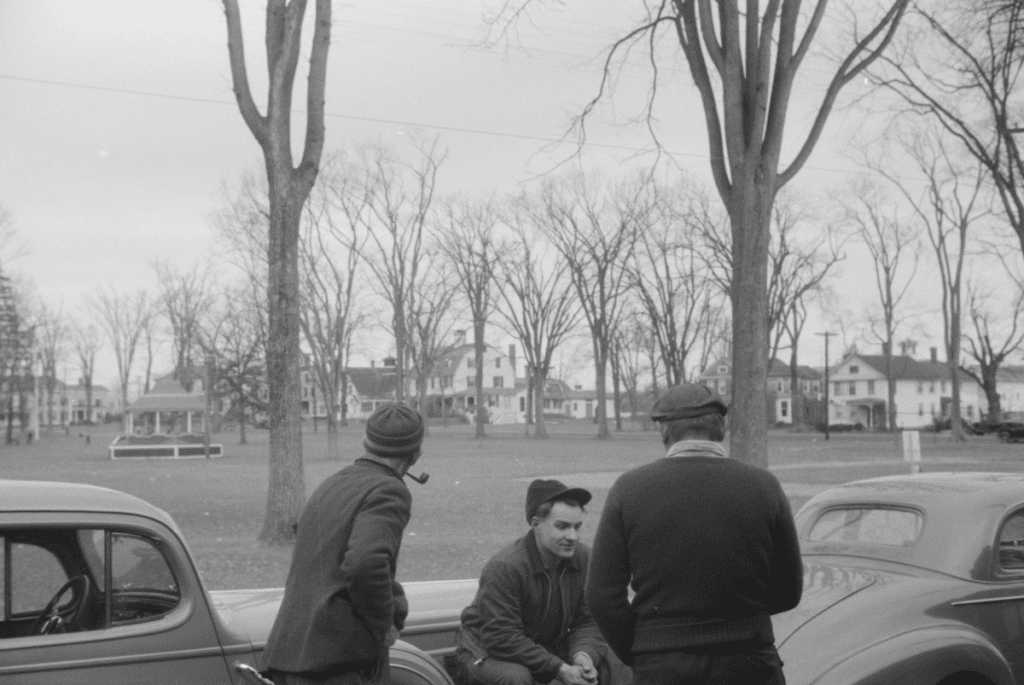 A group of three men sitting on a car and smoking a pipe near the Colchester Town Green in November, 1940.

5. Outside a Store in Colchester, Connecticut 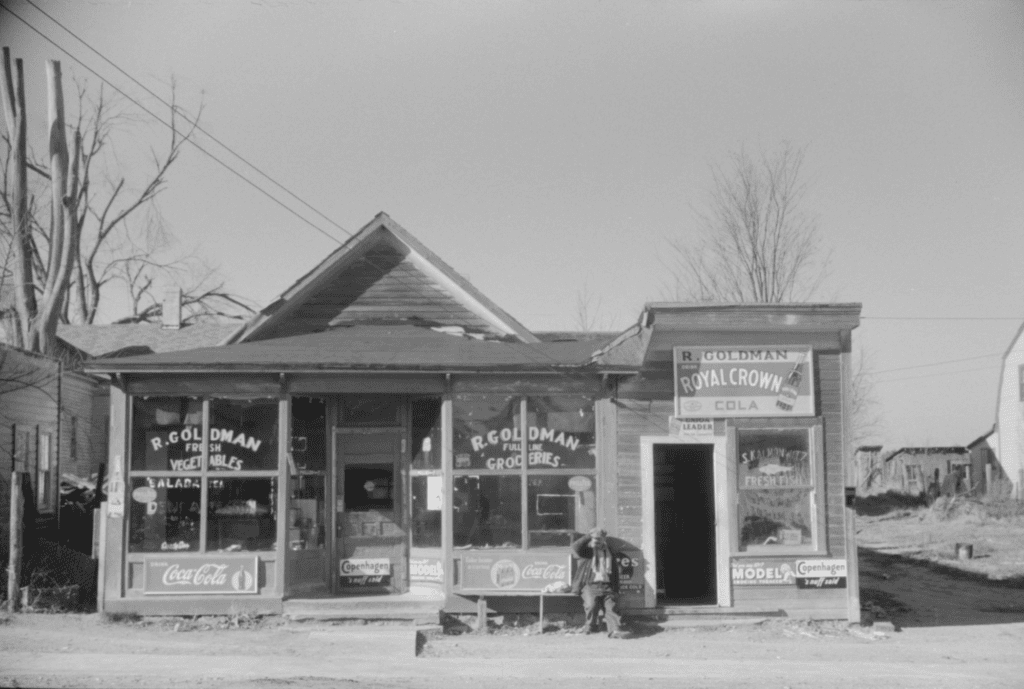 The original photo was labeled “Outside a Jewish Store”. Based on the signs the store seems to have sold fresh fish, fresh vegetables and other groceries.

6. Outside the Grocery Store in Colchester

Here’s a closer image of the man from the previous picture. 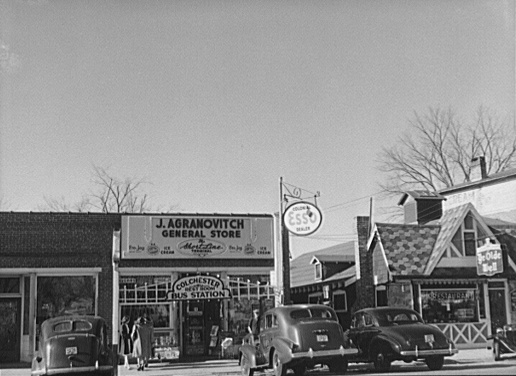 The main street of Colchester was once home to “J Agranovitch’s General Store”, the Colchester Bus Station, and the “Ye Old Bell” restaurant.

8. The Main Square in Colchester 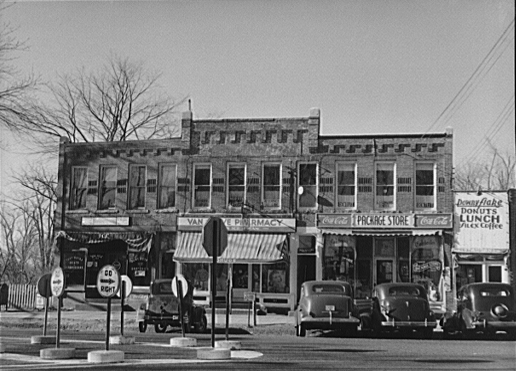 The old square in Colchester had a package store, a pharmacy and a small diner serving “Donuts, Lunch and Black Coffee”.

A picture showing the rocky landscape characteristic of Colchester, CT. Picture taken in December 1940. Many of the fields in town still look like this. 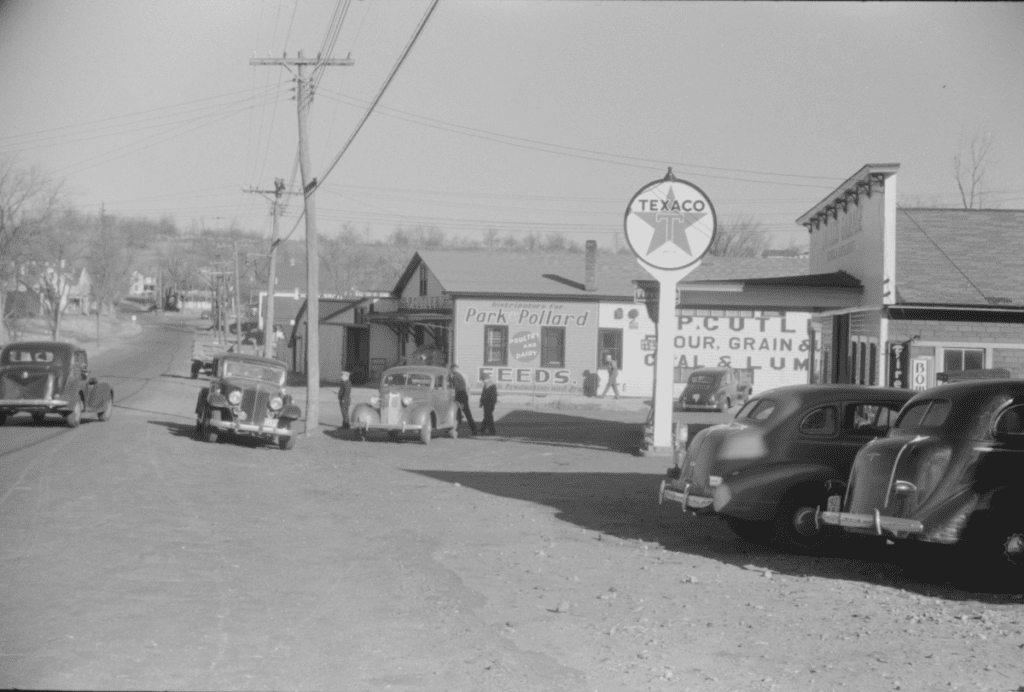 This street housed a series of stores selling animal feed, grains, gasoline, and ladies coats. Based on this picture, Chevy’s seemed to be the car of choice. 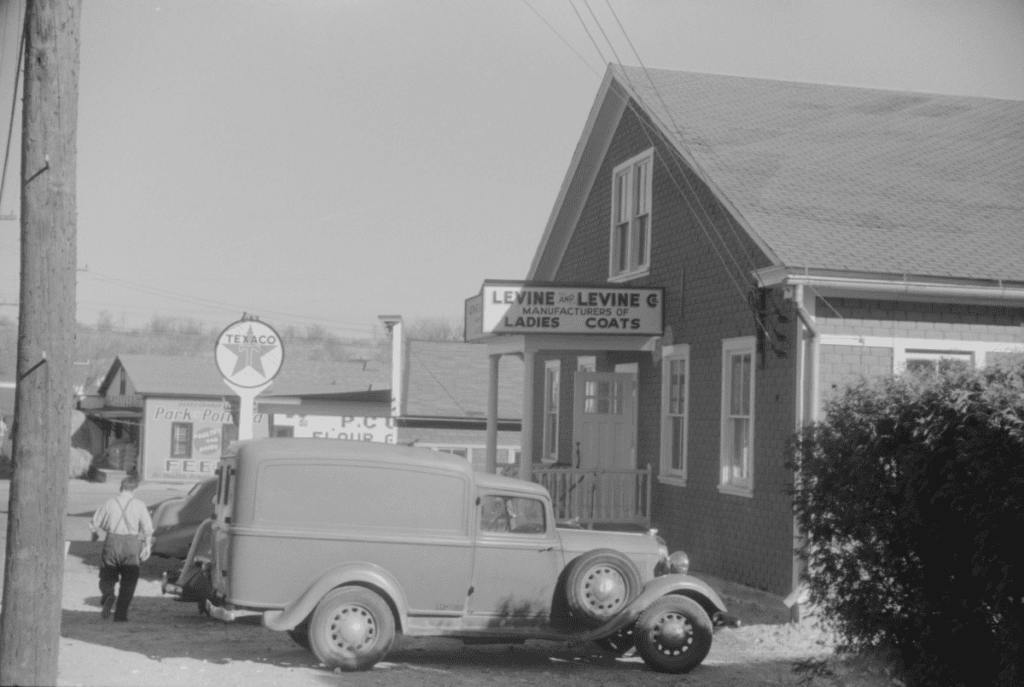 Levine and Levine, manufacturers of ladies coats. According to the book Picturing Faith: Photography and the Great Depression, Jewish men and women worked at the Levine and Levine factory making tweed coats.

12. Another View of the Coat Store 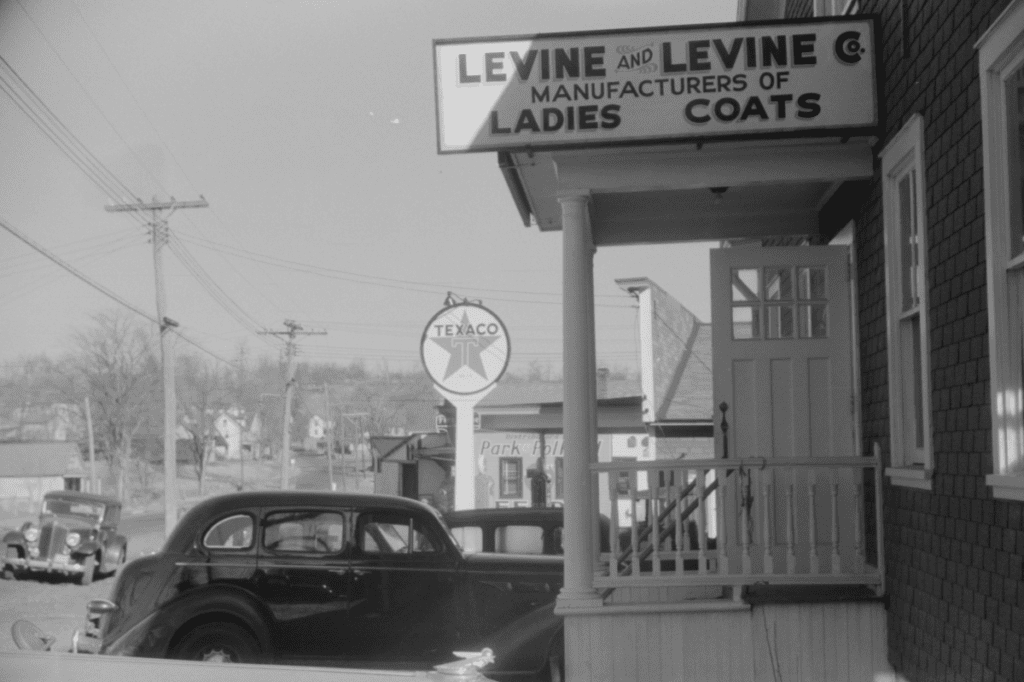 A closer view of the Levine and Levine building. During the 1930’s and 40’s Colchester also had dress and leather factories. The average wage was 20 cents per hour. 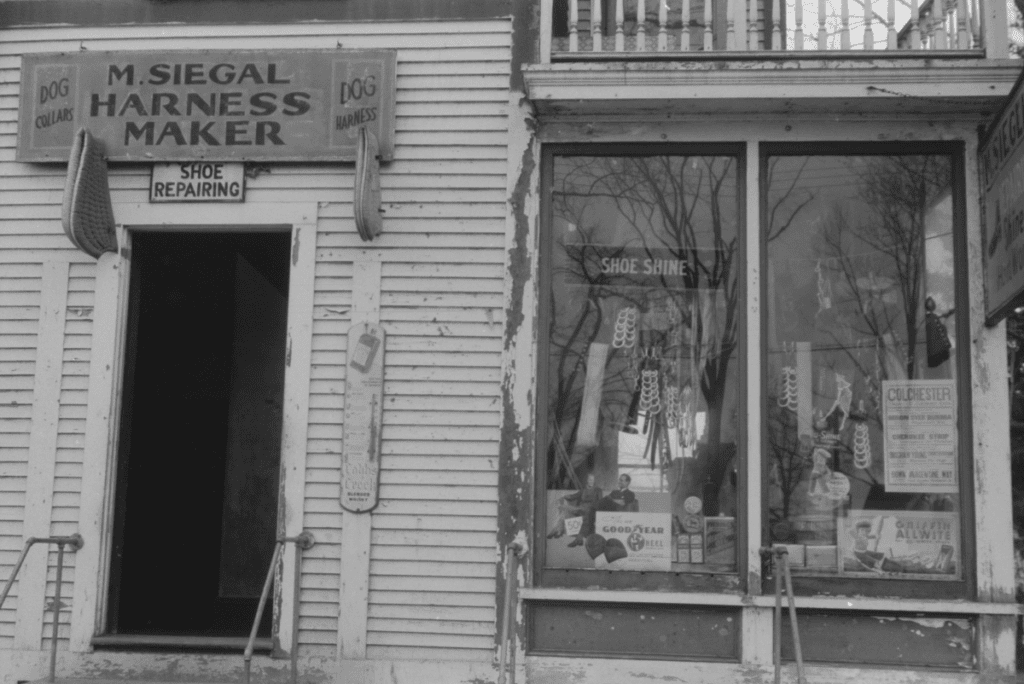 14. Waiting for the Bus to Hartford

The bus from Colchester went to New London, Hartford and Norwich. 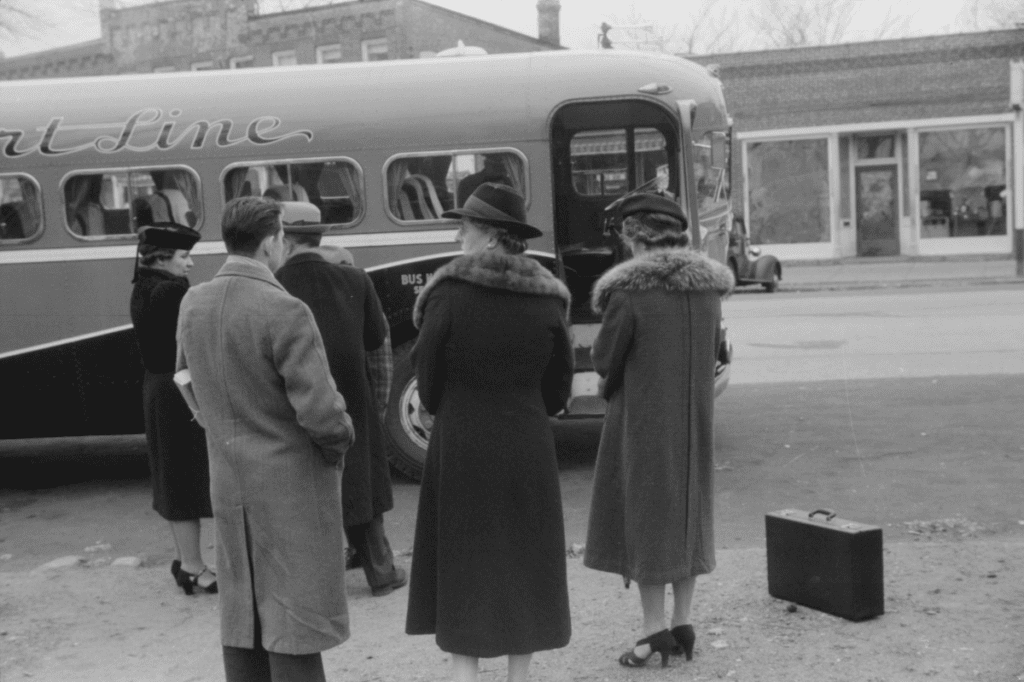 A well dressed group waits to board the bus. 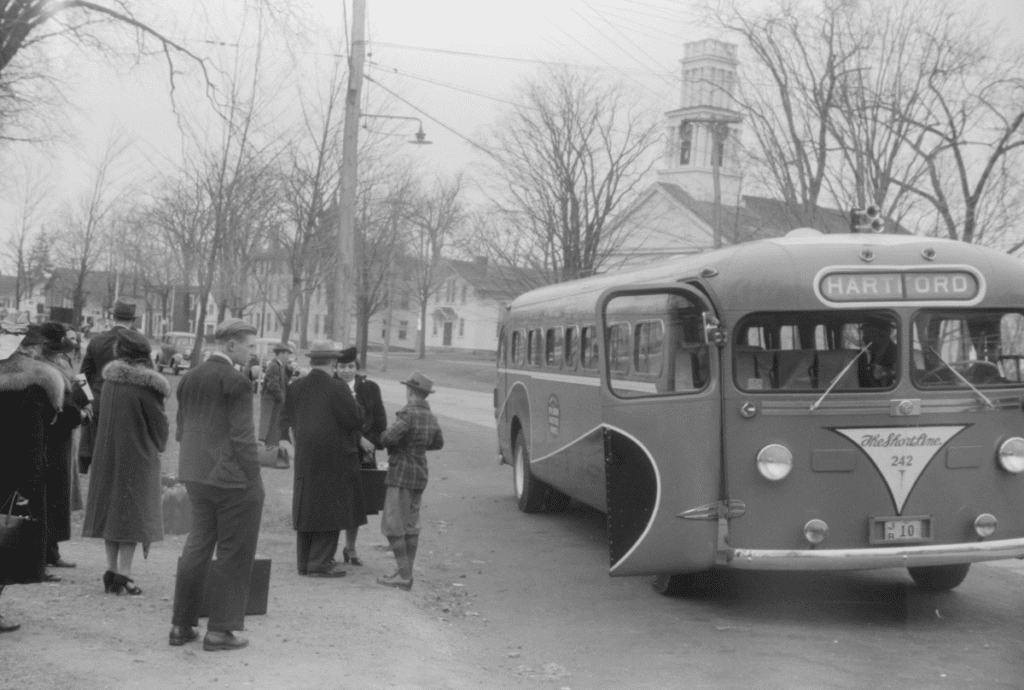 Boarding the bus to Hartford. 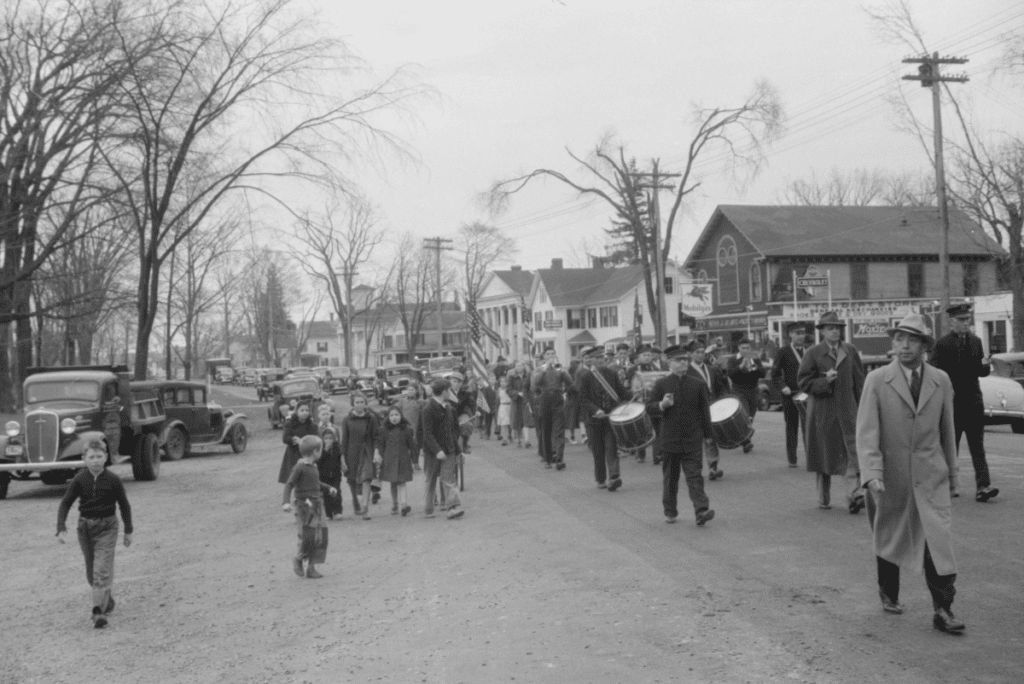 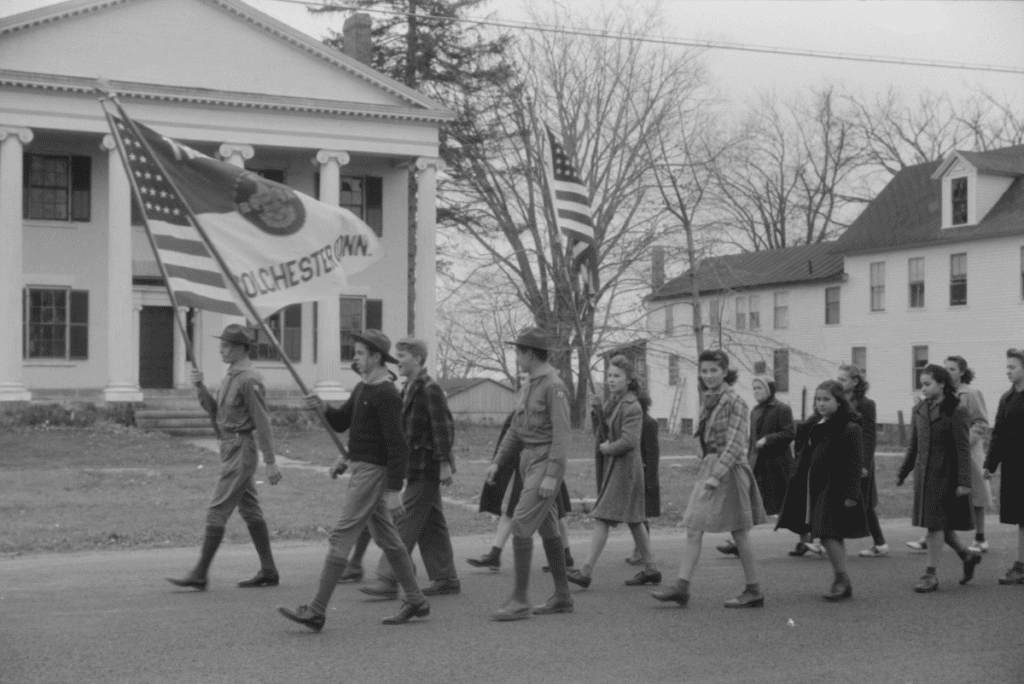 This picture shows local boy scouts marching in the Armistice Day parade with an American Flag and a Colchester, Connecticut flag. 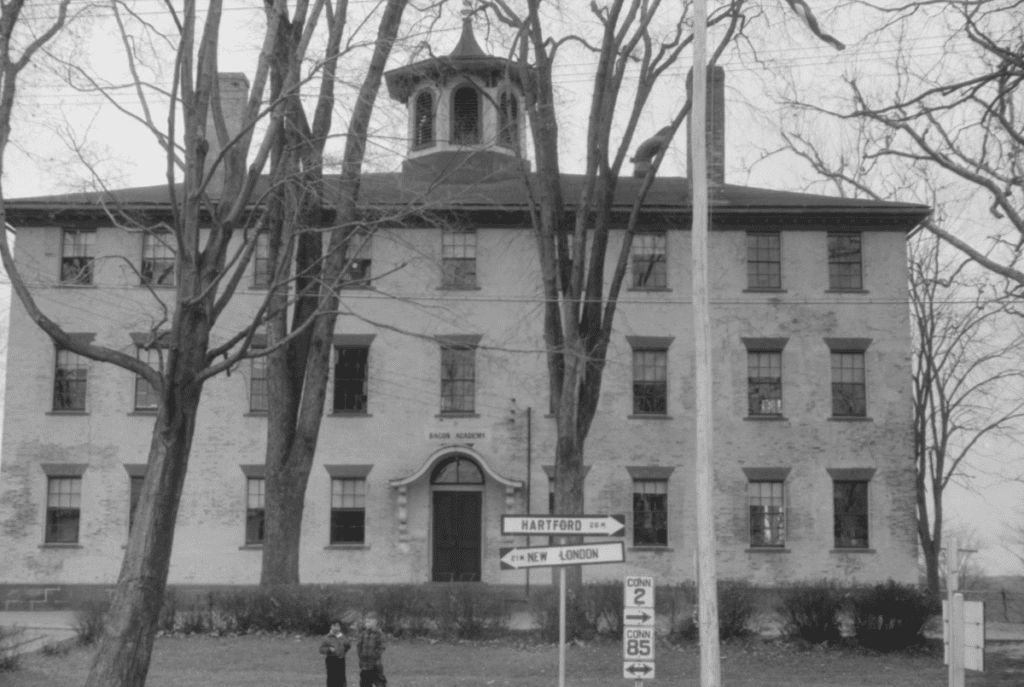 In 1800 a prominent Colchester farmer, Pierpont Bacon, died and left an endowment of thirty-five thousand dollars (the equivalent of about 2.2 million dollars in 2016). The endowment was for

inhabitants of the First Society of Colchester for the purpose of supporting and maintaining a school…for the instruction of Youth in Reading and writing English, in Arithmetic, Mathimaticks, and the Languages, or such other branches of Learning.

This established Bacon Academy, which first opened its doors to the children of Colchester in November 1803. The picture above was taken in November 1940, 137 years after its initial opening.

20. Union Monument on the Town Green

This photo shows the Union Monument on the town green in Colchester. The state was erected on September 17, 1875 and is a tribute to the sons of Colchester who died in the Civil War. 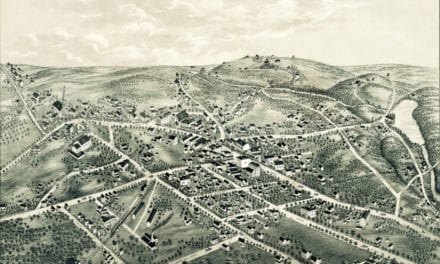 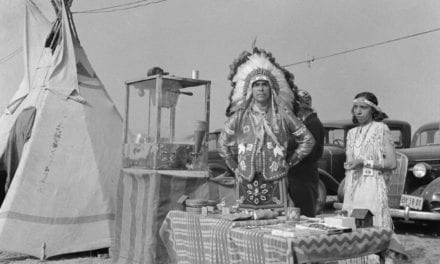 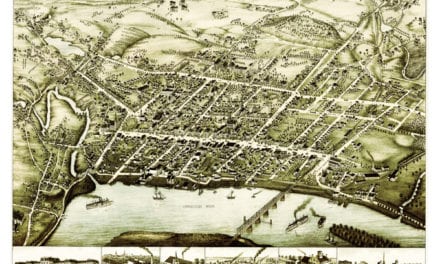