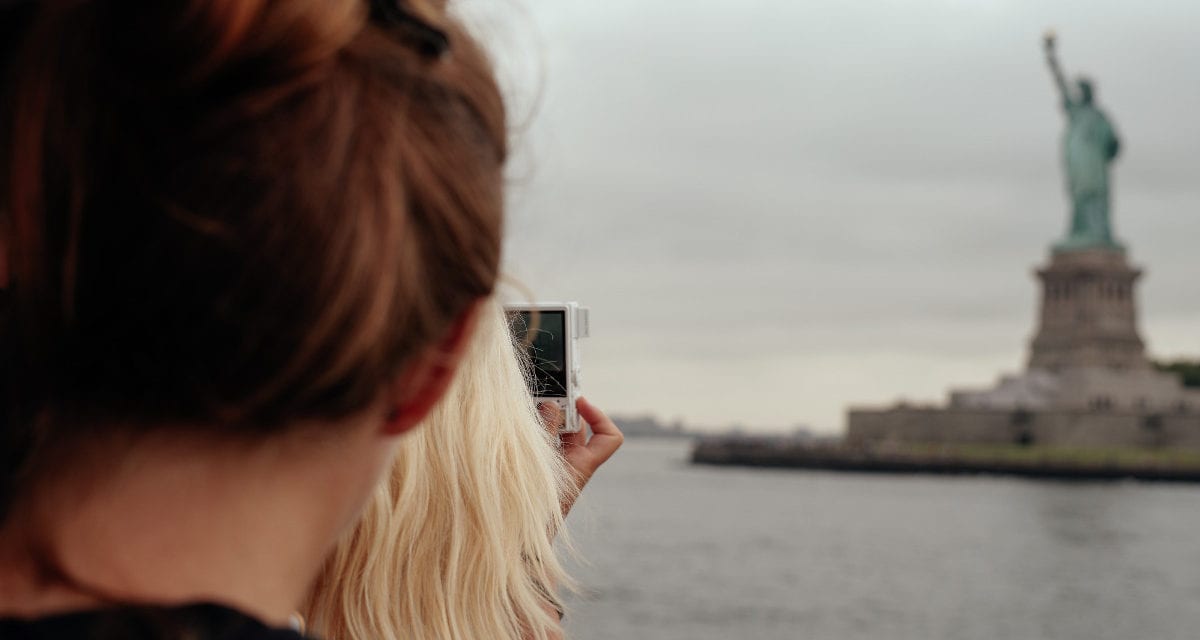 “Liberty Enlightening the World”, more commonly known as The Statue of Liberty, was a gift from France to the United States commemorating the alliance of France and the United States during the American Revolution and the subsequent abolition of slavery.

According to the National Park Service,

“With the abolition of slavery and the Union’s victory in the Civil War in 1865, Laboulaye‘s wishes of freedom and democracy were turning into a reality in the United States.

In order to honor these achievements, Laboulaye proposed that a gift be built for the United States on behalf of France. Laboulaye hoped that by calling attention to the recent achievements of the United States, the French people would be inspired to call for their own democracy in the face of a repressive monarchy.”

Is the Statue of Liberty worth visiting? Here are five reasons tourists and American alike should spend a day visiting. 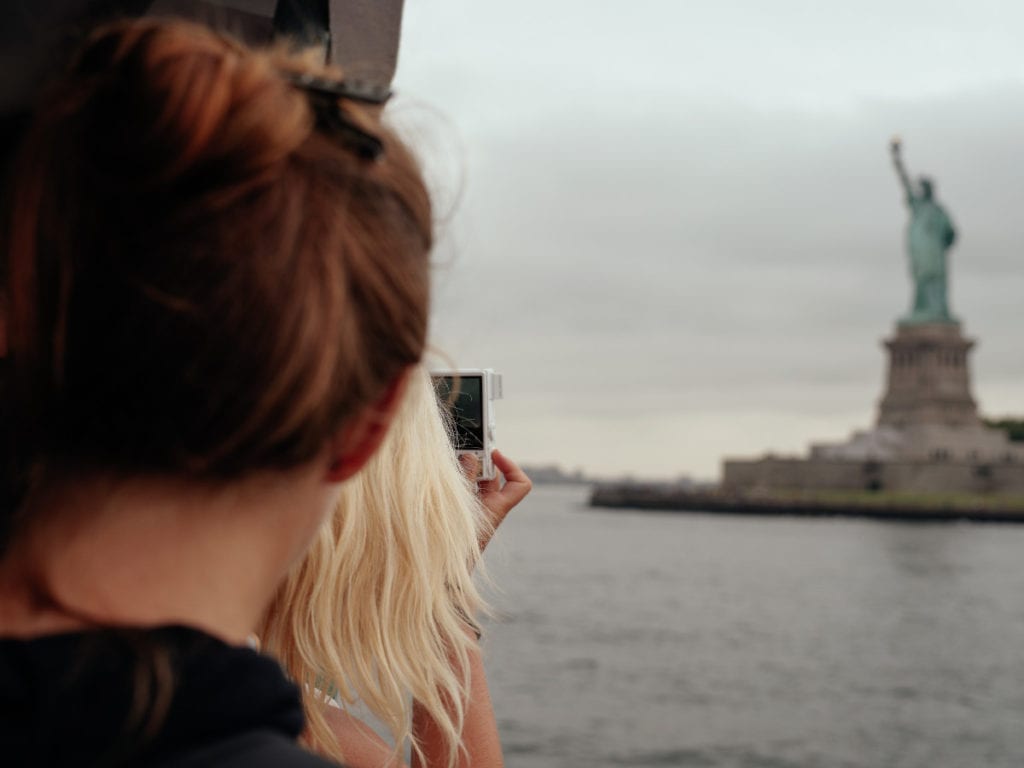 Liberty Island is a 14 acre island in Upper New York Bay. It’s most famously known as the home of Lady Liberty, and there’s only one way to get there – boat.

If the view (and the fact that you’re on a boat) aren’t enough, you’re also reliving the boat ride of more than twelve million immigrants who entered the United States through the portal of Ellis Island, a small island that served as an immigrant inspection station from 1892 until 1954.

Those immigrants often sailed across the ocean for weeks, and the sight of the Statue of Liberty let them know that they had safely arrived at the beginning of a new life. 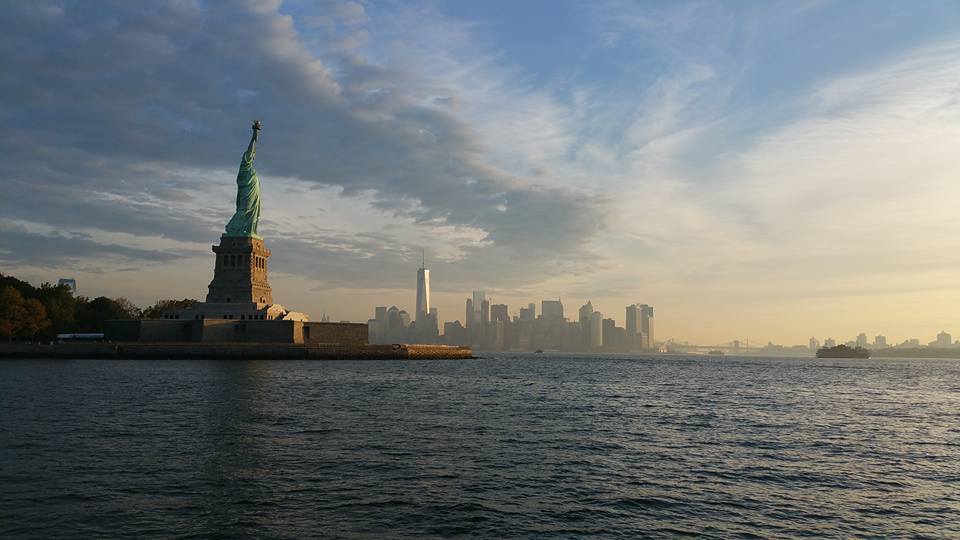 Want the best view of NYC? The best way to get a picture like this is by taking a boat ride in New York Harbor, and Statue Cruises provide some of the cheapest boat rides in NYC at only $18.50 per person.

Two ferries bring visitors to the Statue of Liberty; one from Liberty State Park in New Jersey and the other from Battery Park in Manhattan. Both ferries stop at Liberty Island and Ellis Island while also providing a scenic view of NYC. 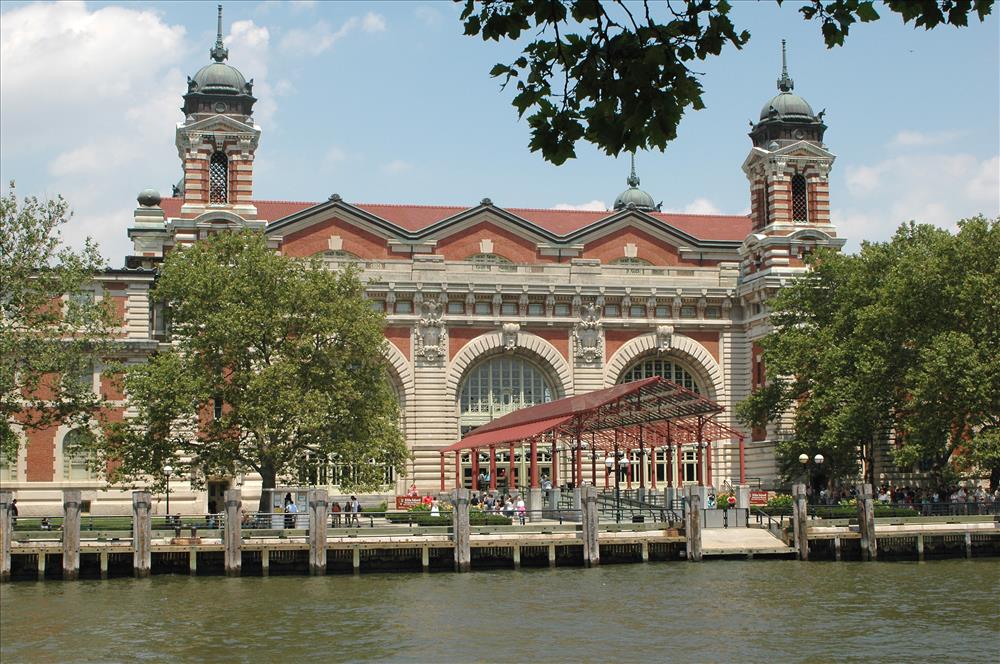 More than 12 million immigrants took their first steps toward American citizenship at Ellis Island.  Ellis Island was once the beginning of millions of American stories, and is now home to a beautiful Immigration Museum.

If your ancestors came to the United States via Ellis Island it is a humbling experience to travel the same path they once walked to get you where you are today.

4. Reflect on the Statue of Liberty’s meaning 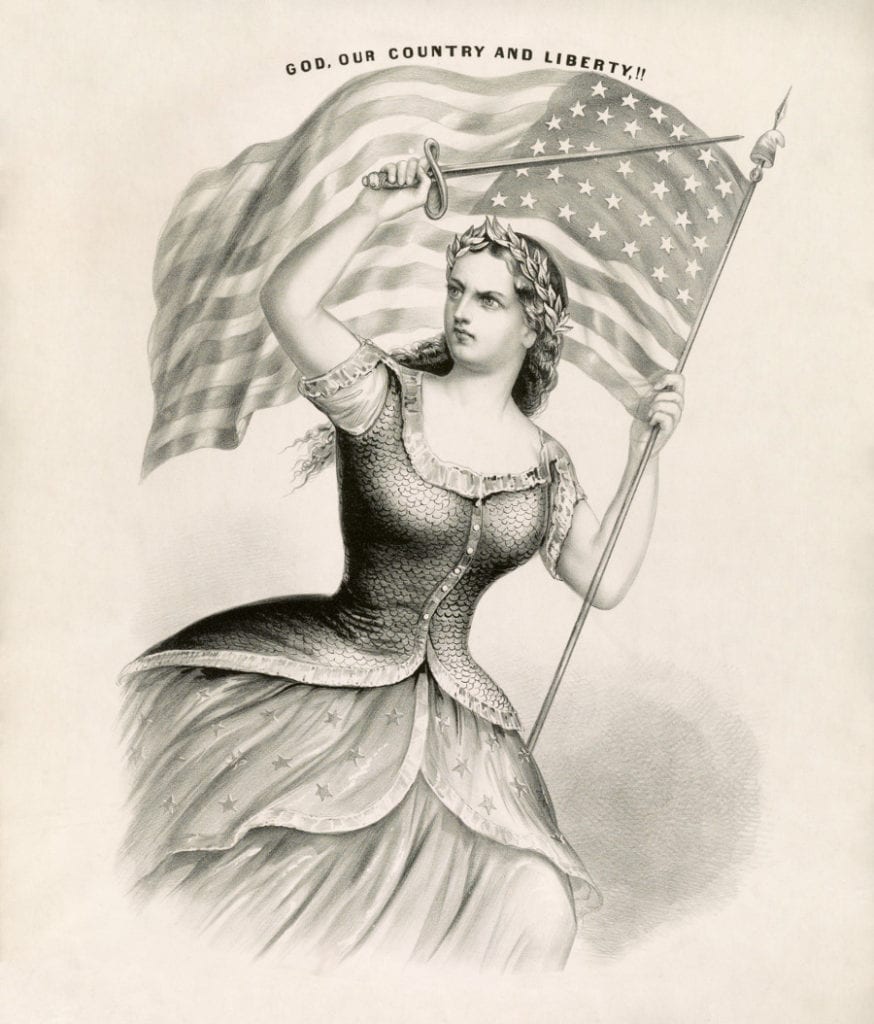 In 1870 Frederic Bartholdi was commissioned to design the Statue of Liberty and imbued his design with meaning.

“Lady Liberty” represents Libertas, the Roman goddess of Freedom and Independence. Her tablet is inscribed with the date of the United States Declaration of Independence, the crown she wears has seven spikes representing the seven oceans and continents of the world, and her torch is a symbol of enlightenment shining upon the world.

The above image was created in 1861 and shows Columbia, the female personification of the United States of America. Americans fight for three things: GOD, OUR COUNTRY, AND LIBERTY.

Click here to get a high resolution poster of this image for only $29.95.

5. Remember what it means to be a real American 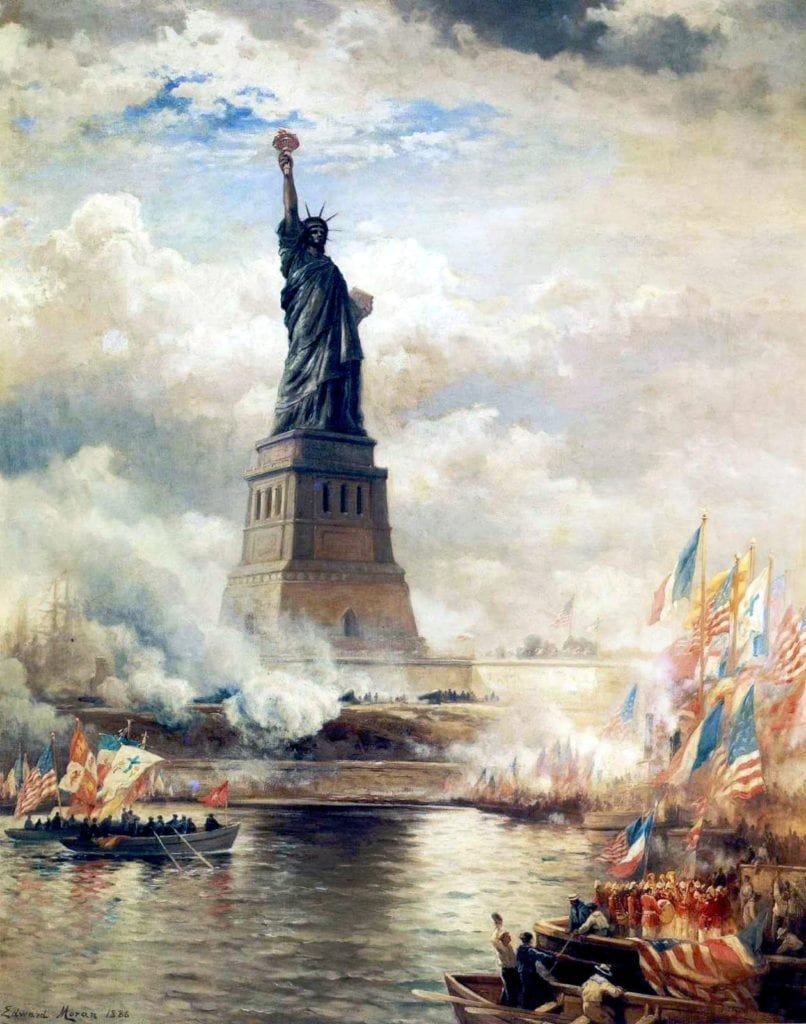 The Americans that this monument was dedicated to were a group of people with different interests, laws, and cultures who came together to “secure the Blessings of Liberty to ourselves and our Posterity.”

Click here to get a Statue of Liberty t-shirt! 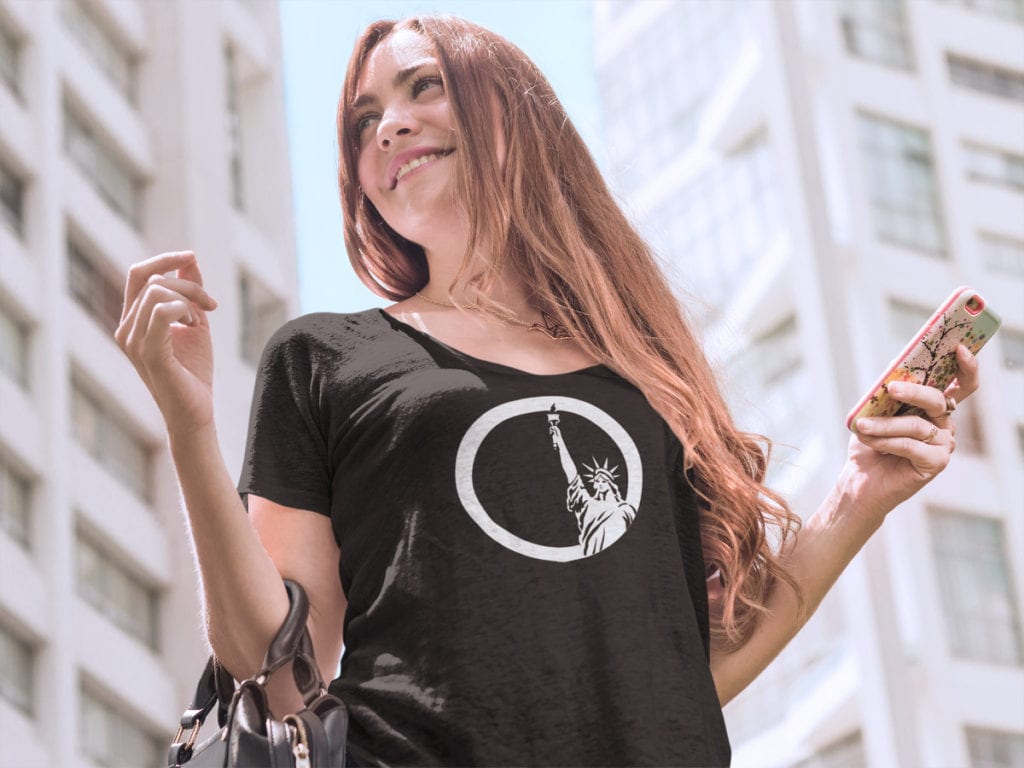 Click here to get a premium t-shirt showing Liberty Enlightening the World for only $20.99. 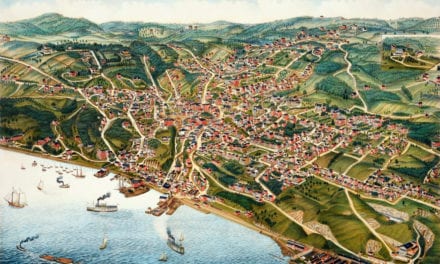 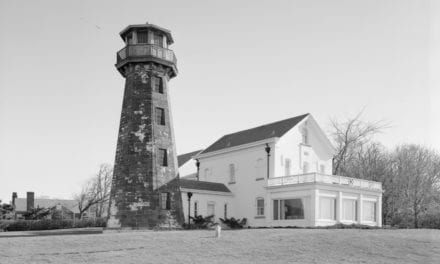 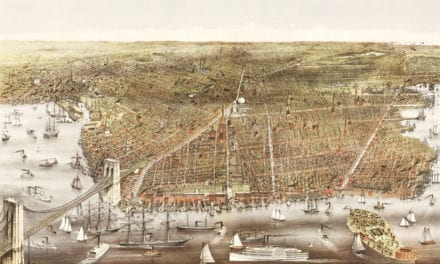 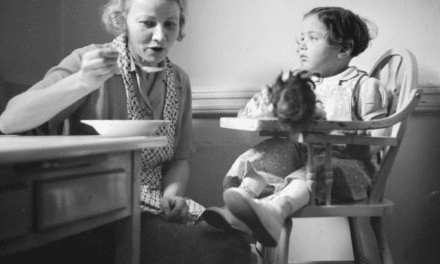 20 Happy Memories From the Bronx Community