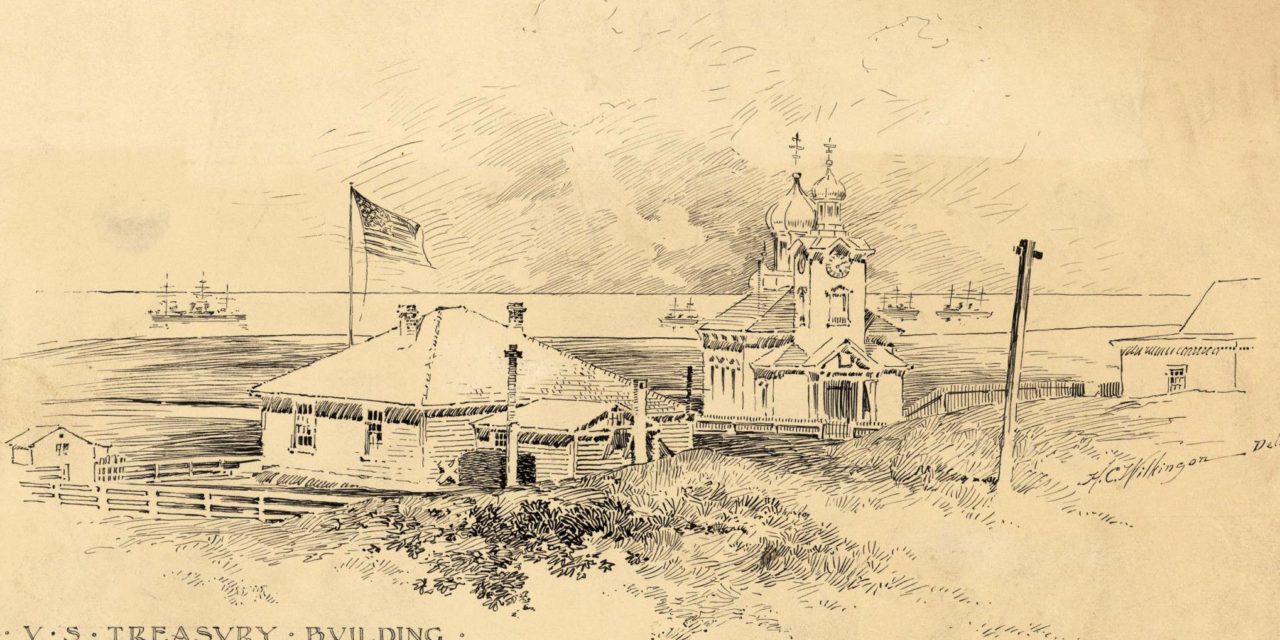 This illustration from 1880 shows the original plans for the U.S. Treasury Building on isolated St. Paul Island, Alaska. The island became part of the United States as part of the 1867 Treaty with Russia and is part of the Pribilof Islands off the southwest coast of Alaska.

Saint Paul Island was purchased from Russia for $7.2 million and increased the size of the United States by over 600,000 square miles. The church’s onion-dome serves as a reminder of the island’s historic ties to Russia. The image was sourced from the National Archives Catalog. If you would like to purchase a reproduction of this image printed, click here. 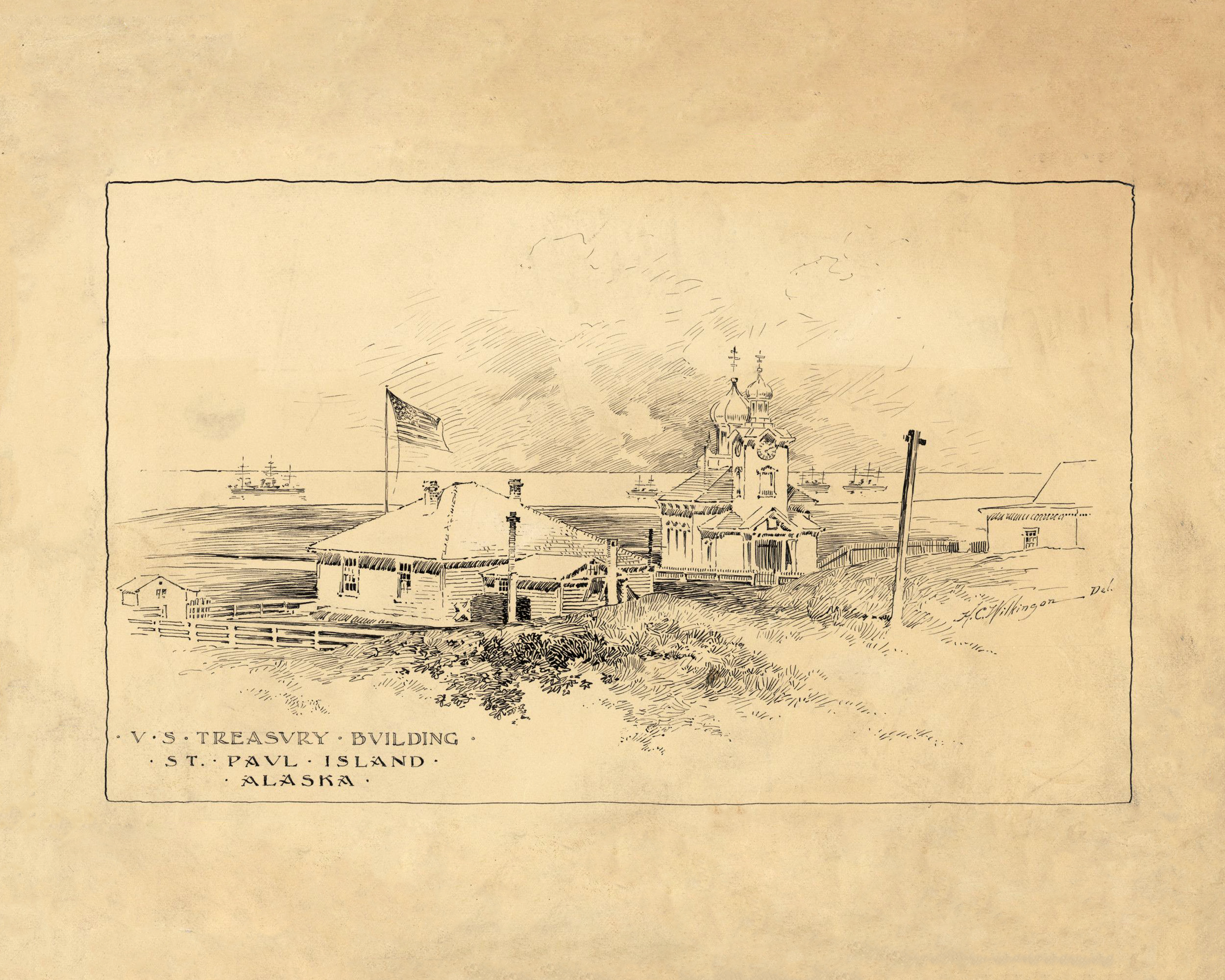