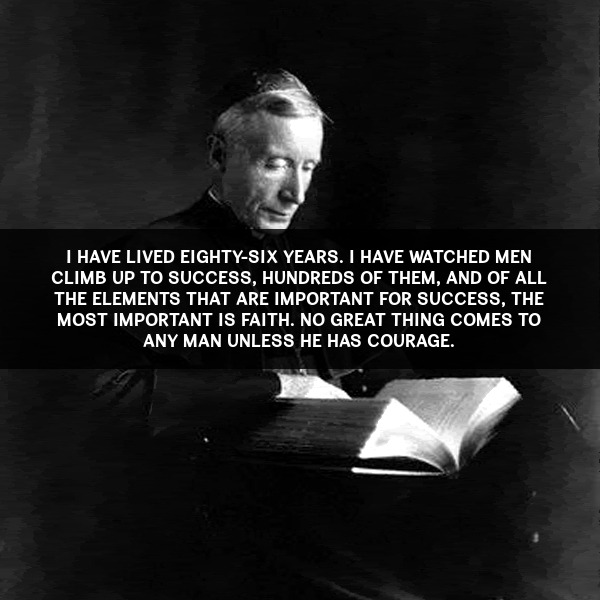 I have lived eighty-six years. I have watched men climb up to success, hundreds of them, and of all the elements that are important for success, the most important is faith. No great thing comes to any man unless he has courage.

Dale Carnegie’s Scrapbook; a Treasury of the Wisdom of the Ages

James Gibbons was an American Cardinal of the Roman Catholic Church. He served as Bishop of Richmond from 1872 to 1877, and as ninth Archbishop of Baltimore from 1877 until his death in 1921.

In 1917, President Theodore Roosevelt hailed Gibbons as the most venerated, respected, and useful citizen in America. In his later years he was seen as the public face of Roman Catholicism in the United States, and on his death was widely mourned. After Gibbons death, H.L. Mencken, who reserved his harshest criticism for Christian ministers, wrote,

More presidents than one sought the counsel of Cardinal Gibbons: he was a man of the highest sagacity, a politician in the best sense, and there is no record that he ever led the Church into a bog or up a blind alley. He had Rome against him often, but he always won in the end, for he was always right. 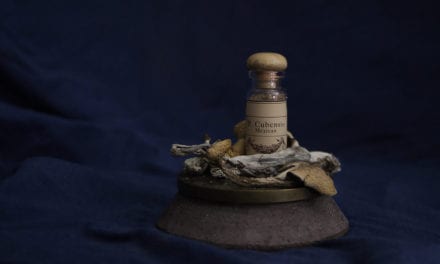 John D. Rockefeller explains how to get rich 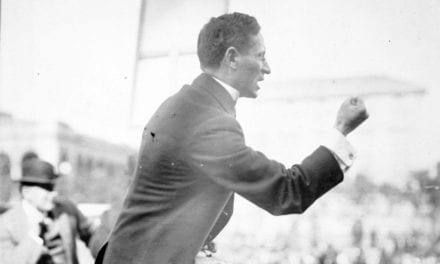 Cultivate the power of enthusiasm