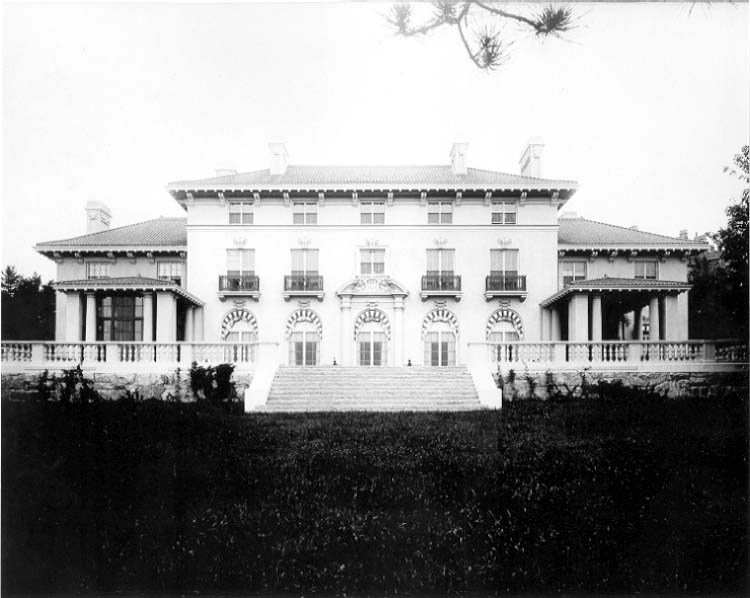 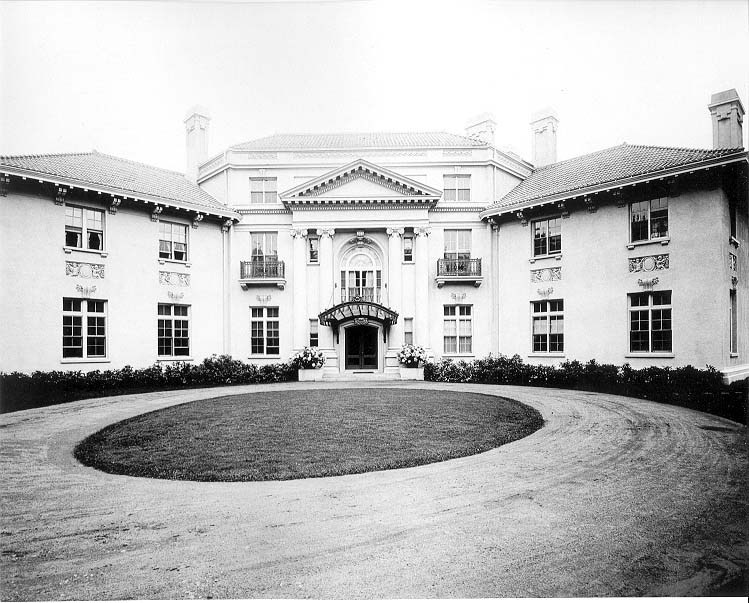 The grounds of Avalon were landscaped by Frederick Law Olmsted, known as the father of American landscape architecture. Olmsted is famous for co-designing many well-known urban parks with his partner Calvert Vaux, including Central Park in New York City, Golden Gate Park in San Francisco and Elm Park in Worcester, Massachusetts, considered by many to be the first municipal park in America. 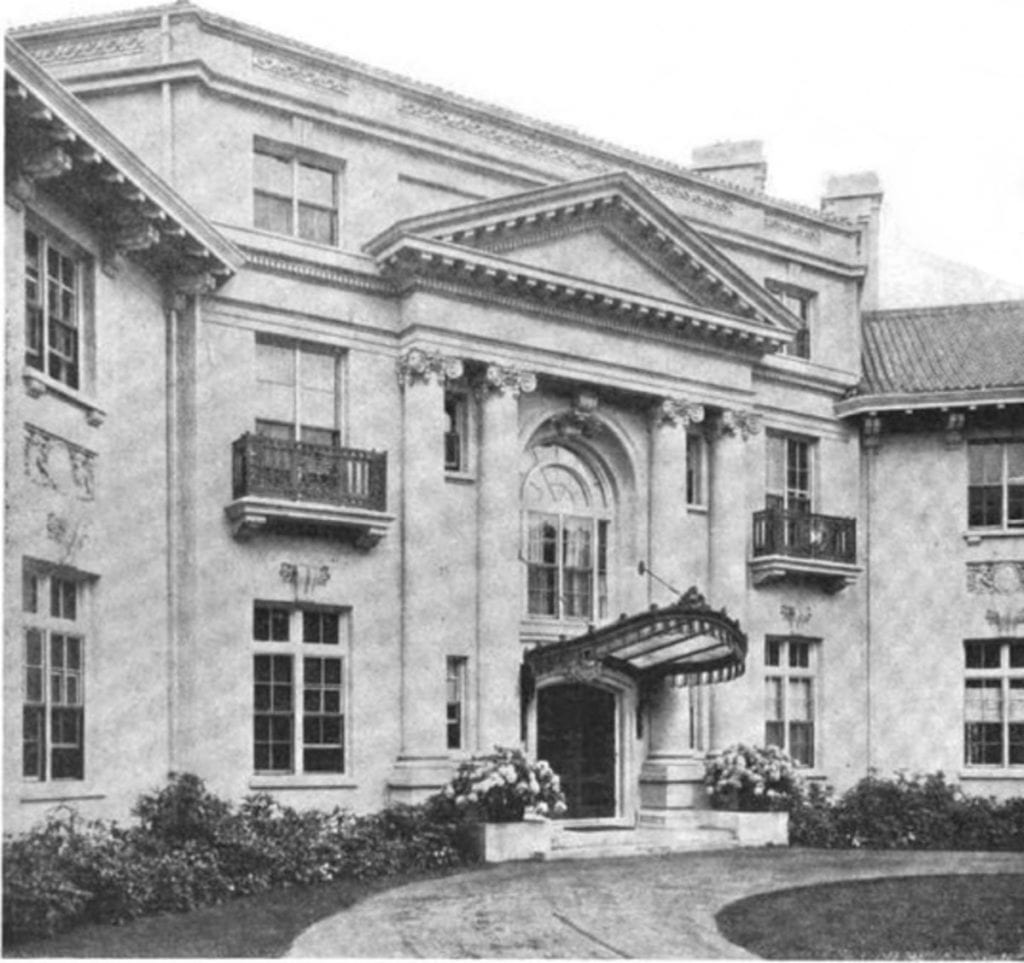 The house was designed by Parker, Thomas & Rice, a prominent architecture firm of the time. 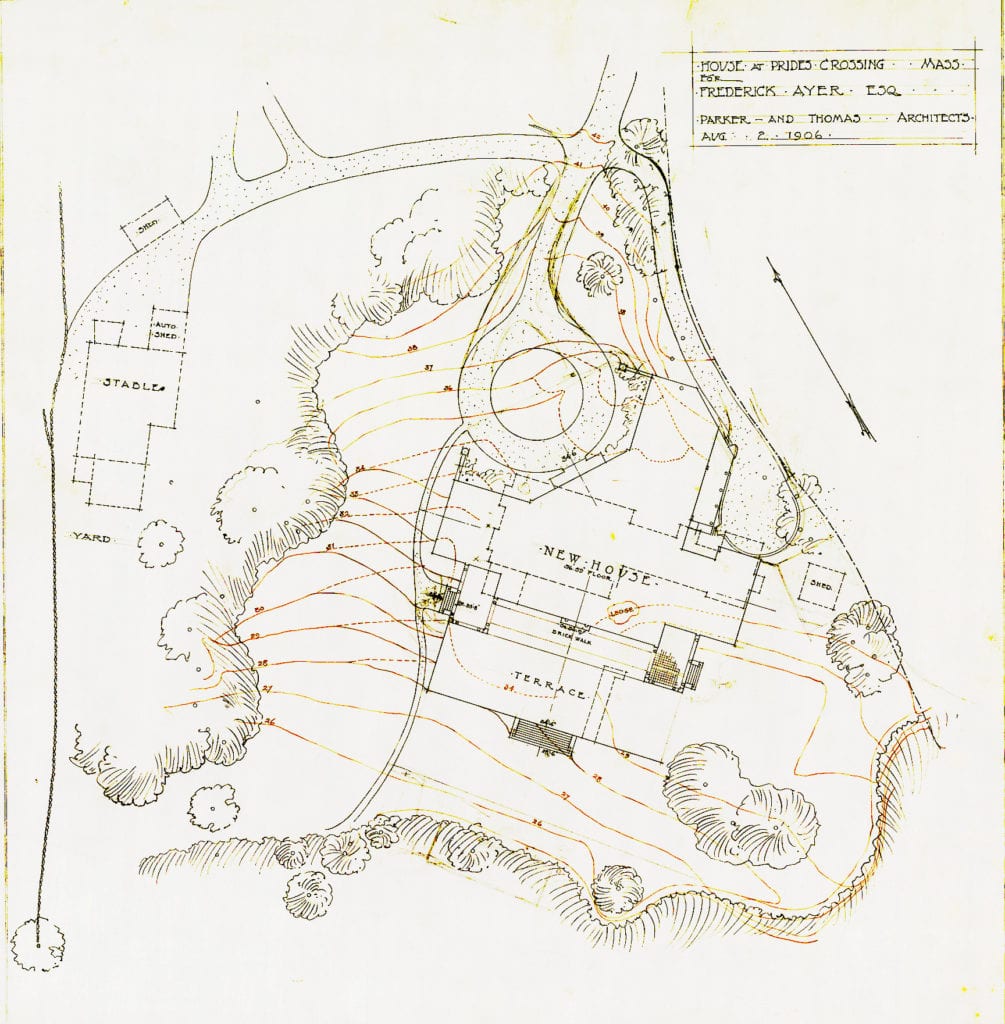 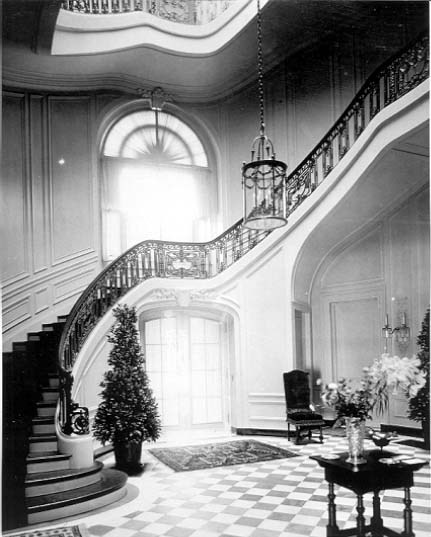 “In the Frederick N. Ayer house the almost grandiose atmosphere of the entrance hall entirely belies the well-mannered charm of the great living room, wherein ceiling, wainscoted walls and monumental fire-place are worked into a whole at once pleasing and dignified.” 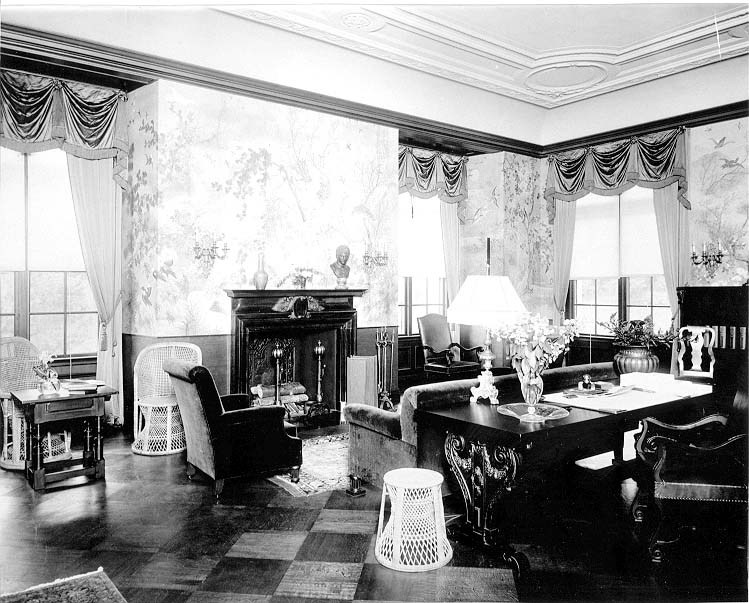 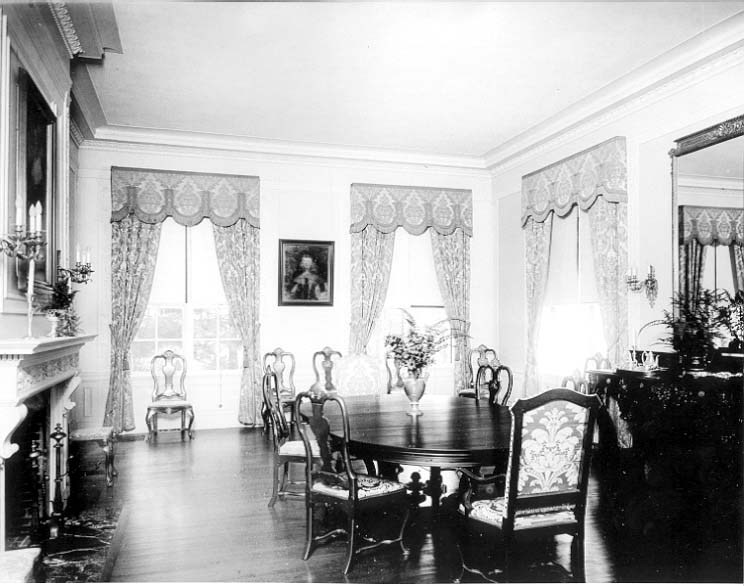 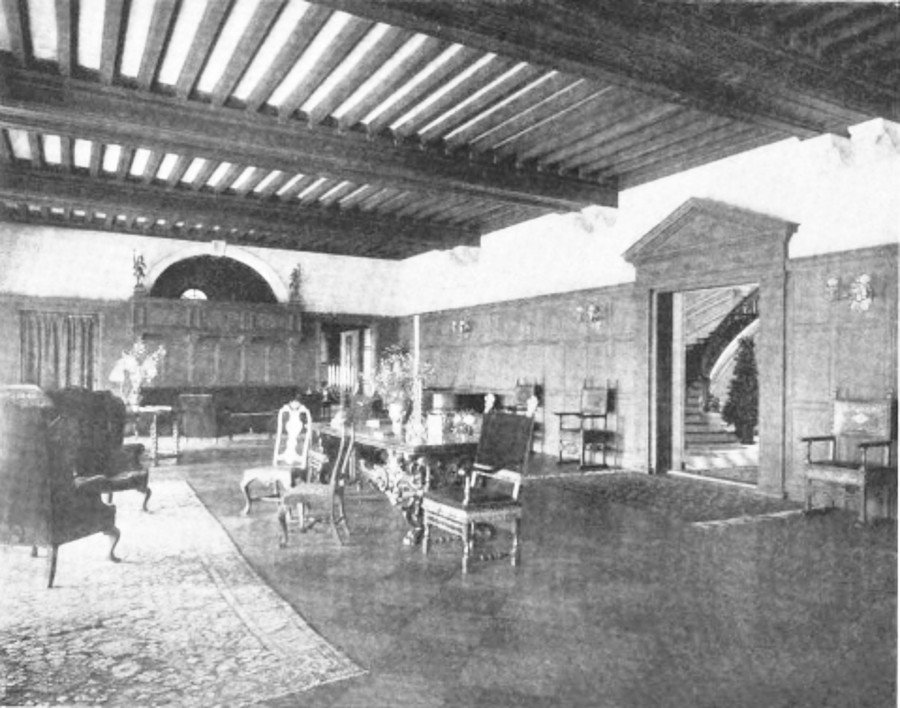 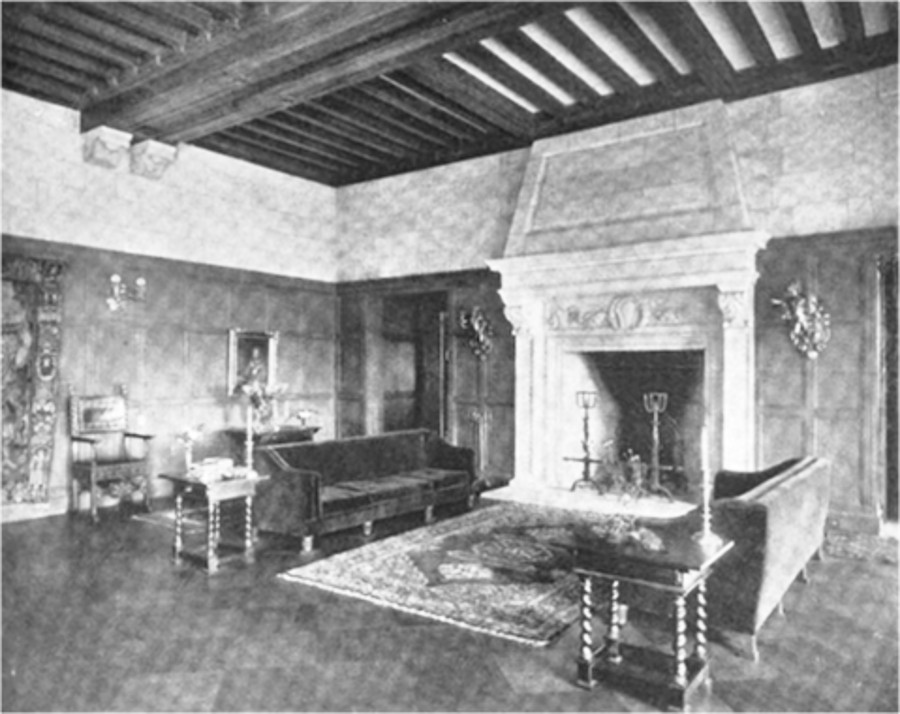 … and a monumental fireplace. 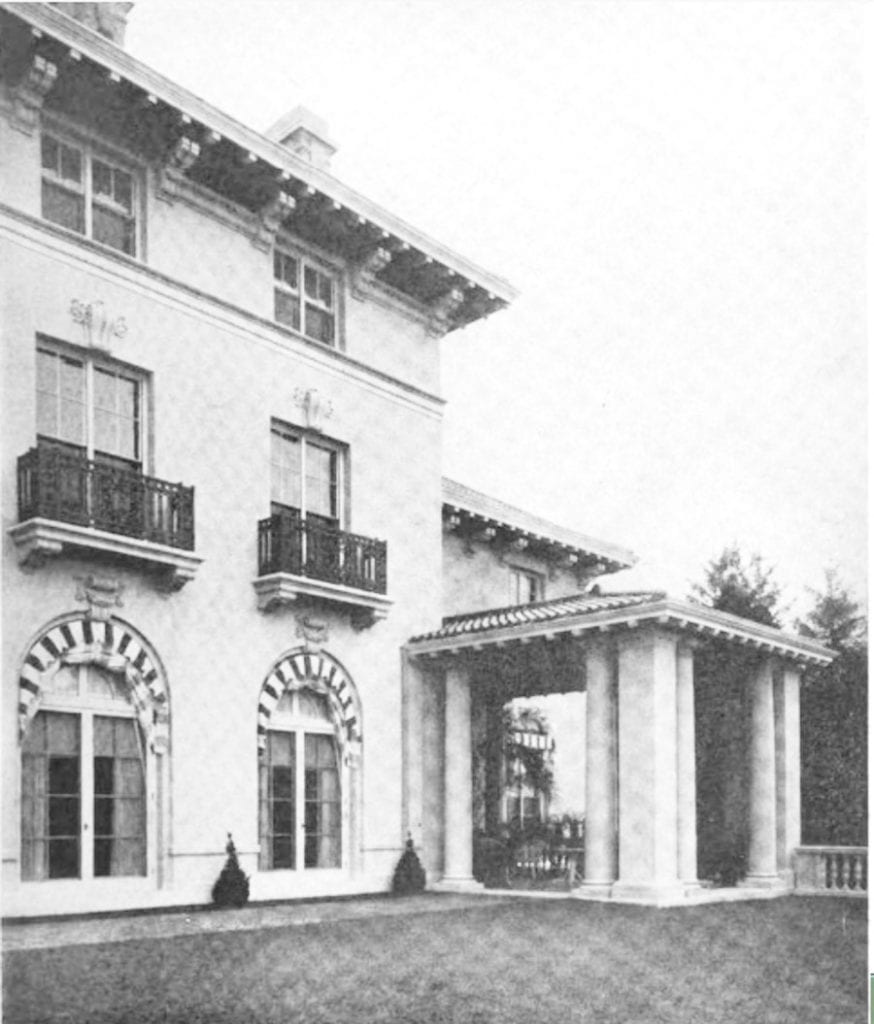 The Avalon had multiple covered outdoor seating areas, one of which is seen here. 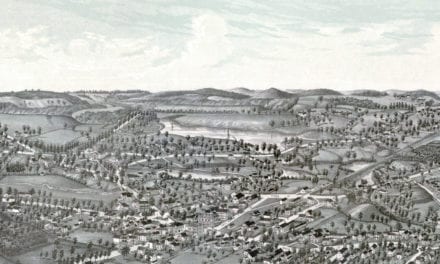 Vintage map of Northboro, Massachusetts from 1887 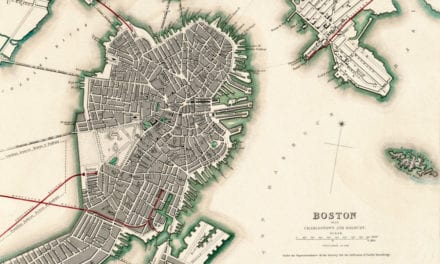 Aerial map of Boston, Charlestown and Roxbury, Massachusetts in 1853 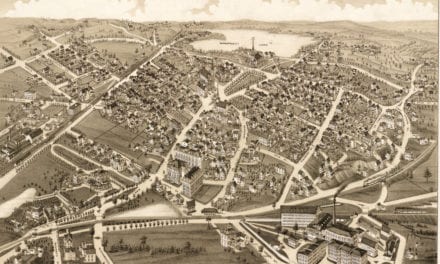 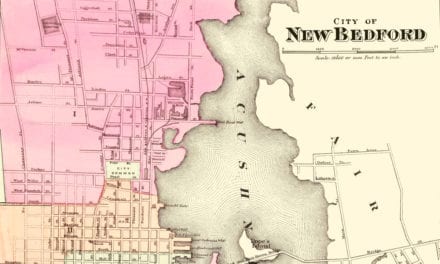