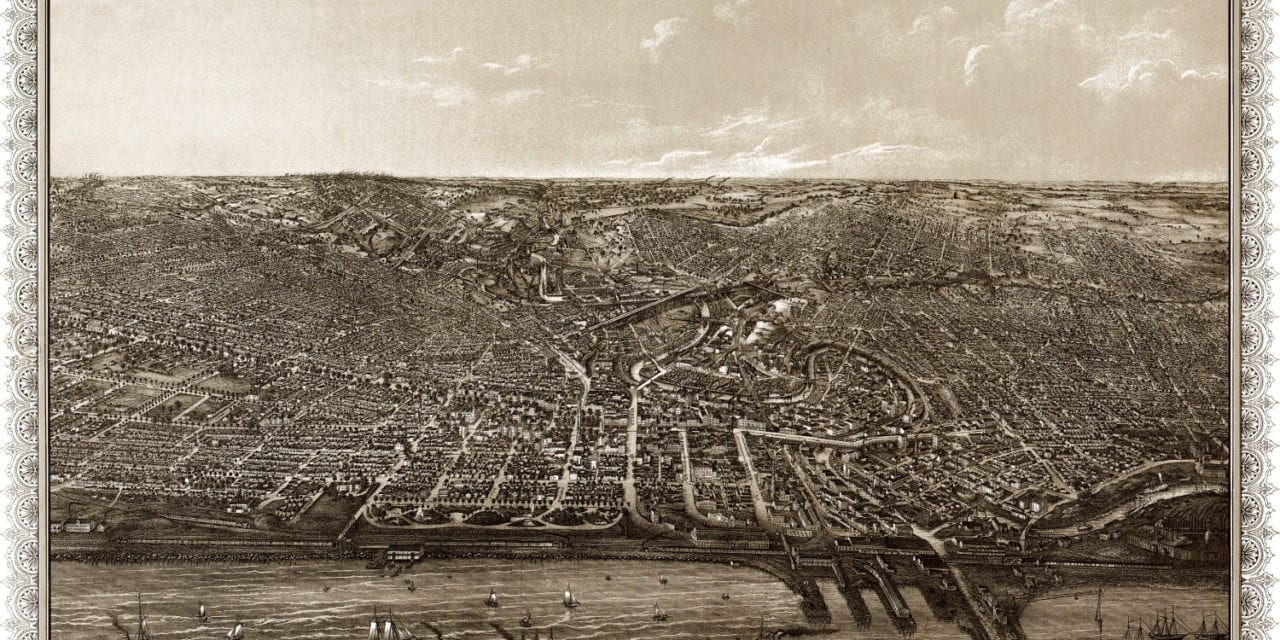 This map of Cleveland, Ohio was created in 1887 by C.H. Vogt & Son, a Cleveland based publisher. The map shows a bird’s eye view of Cleveland. Lake Erie is in the foreground.

The first settler in Cleveland was Lorenzo Carter, who built a cabin on the banks of the Cuyahoga River in 1797. The river can be seen winding through the center of the map.

Cleveland incorporated as a village on December 23, 1814, and the area began rapid growth after the completion of the Ohio and Erie Canal in 1832. Cleveland became a city in 1836. At the time this image was created in 1887, approximately 200k people lived in the city.

This vintage map of Cleveland has been restored by the team at KNOWOL. Reproductions are available here. 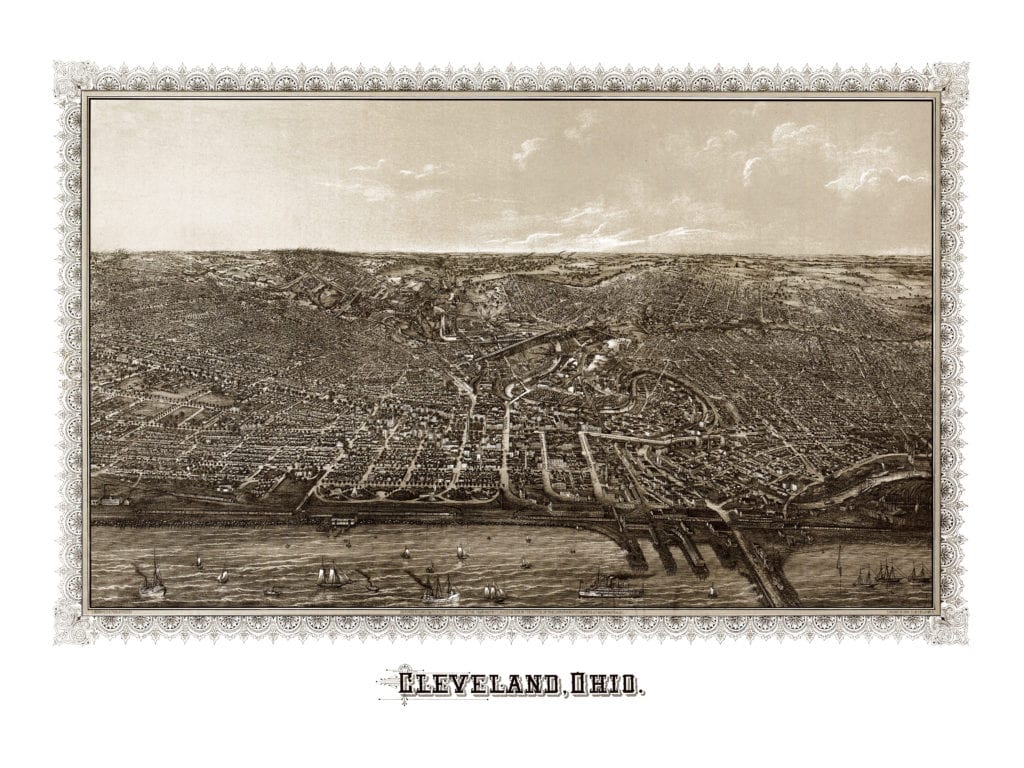 This old map of Cleveland will make an attractive addition to your office, library, or den, and can even be used to teach children the geography and history of the area. When you’re done exploring, click here to get your copy. 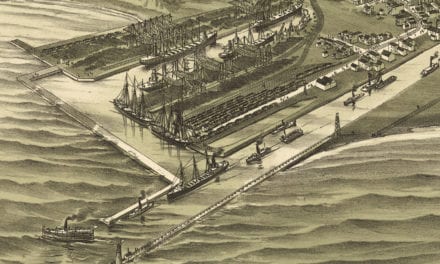 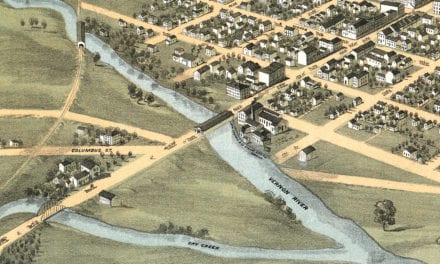 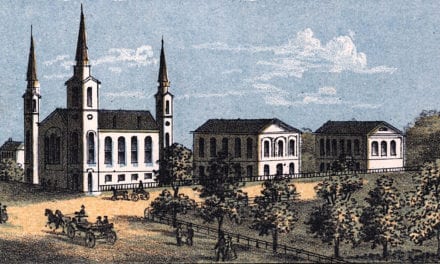 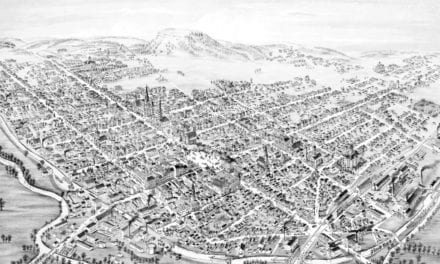