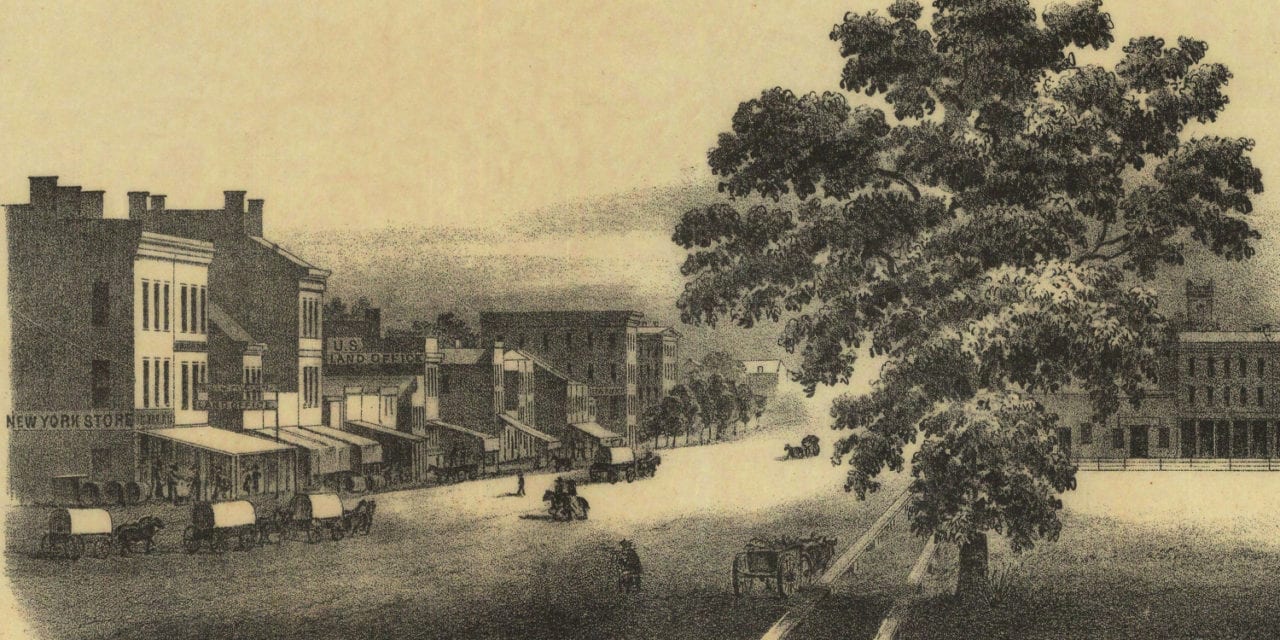 This historic map of Iowa City, Iowa was created in 1854 by J.H. Miller and G.H. Yewel, a cartographer and artist from Guthrie County. The map shows Iowa City as it used to be, including street names and old landmarks.

…It has a high, beautiful and very healthy location upon the Iowa River, which is a bold deep stream of clear water, navigable with Steamboats during several months of each year, and commands the growing trade of a large scope of exceedingly fertile country, well timbered and watered.

It is the Capital of Iowa and Seat of Justice of Johnson County, was first settled in 1839 and has a population of 3500 moral and industrious people. It has fine water, power and manufacturing facilities.

Its educational advantages are superior. Here is located the State University of Iowa, liberally endowed and about going into operation; – a State Asylum for the education of the Blind, a Female College of high grade, and several well conducted Select and Public Free Schools.

It has daily communication with every district of the State, by means of good post roads, and a judicious system of Railroads under construction, is also contributing to its rapid improvement.

This historic map of Iowa City was restored by KNOWOL. Reproductions of the restored map are available here. 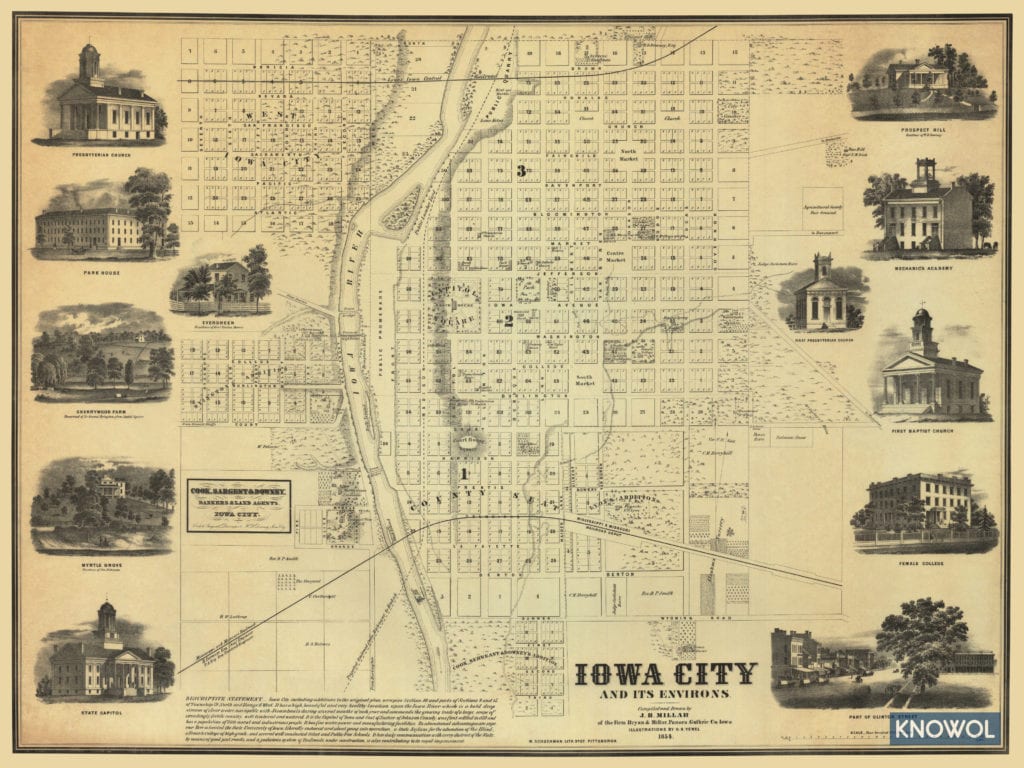 This old map of Iowa City makes an attractive addition to your office, library, or den and can even be used to teach children the geography and history of the area. When you’re done exploring, click here to get your copy. 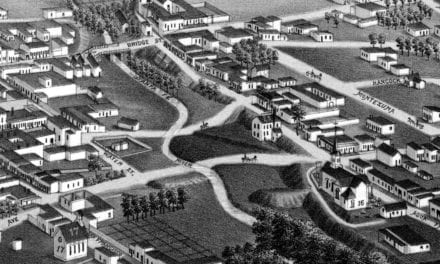 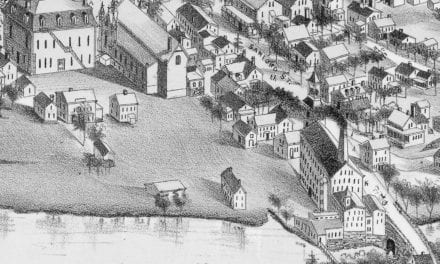 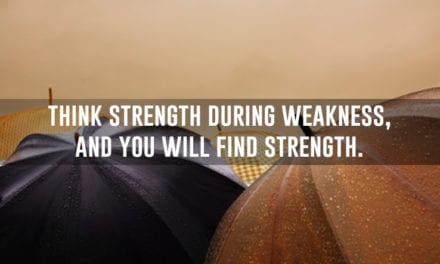 Think strength, and you will find strength 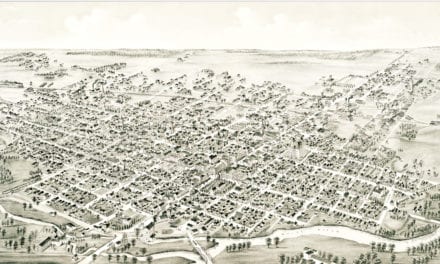