Welcome to Meriden, one of the finest cities in Connecticut 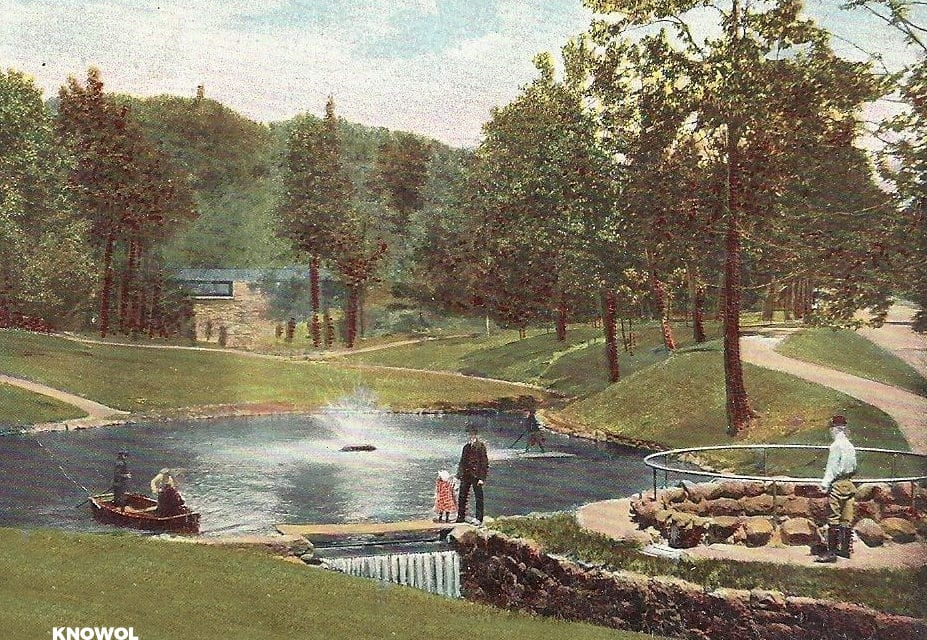 Meriden is a city in the heart of Connecticut, approximately 100 miles from Boston and New York City. Meriden was originally a part of the neighboring town of Wallingford. In 1727 the people of Meriden established a meetinghouse, and in 1806 formed a separate town with approximately 1,000 residents.

Meriden was a major manufacturing center in the 19th century. The city earned the nickname “The Silver City” due to the large number of silver manufacturers headquartered in the town. The city was so well known that locals were able to convince Abraham Lincoln to stop and deliver a speech when he was seeking the Republican presidential nomination in 1860.

In 1867, Meriden incorporated as a city and thrived as a blue collar manufacturing town until the 1970’s when businesses began to leave for greener pastures. These pictures show Meriden in its glory days.

The Home Club was a social club located at 128 Colony Street in Meriden. It was built in 1903 and held social events and private dinners for members. The club closed in the 1990’s due to declining membership. The building went through multiple owners before being demolished on December 25, 2014.

Hubbard Park was financed by Walter Hubbard, a Meriden industrialist. He designed the park with help from the Olmsted Brothers, who were the sons of Frederick Law Olmsted, the man who designed Central Park in New York City and Golden Gate Park in San Francisco. The area of Hubbard Park seen in this picture was known as “Cascade Falls Playground”.

The Curtis Home was founded in 1884 by Lemuel Curtis, who owned the Meriden Brittania Company, which would later become part of the International Silver Company. The home was originally intended to provide care for orphans and widows, but today it operates as a home for the elderly.

The road towards the pavilion in Hubbard Park, which today looks much the same as it does in this painting.

The First Methodist church can be seen to the right, and City Hall is on the left. The First Methodist Church was founded by Reverend John Parker in 1843. John Parker was a Freemason and a member of St. Elmo’s commandery, Knights Templar. He was raised to the degree of Master Mason in the Harmony Lodge of New Britain on December 11, 1838.

An electric trolley was a popular form of transportation in the early 1900’s. Meriden’s trolley track serviced the majority of the town, including Hubbard Park.

Meriden Hospital first opened in 1892 and was one of the finest hospitals in New England. No town the size of Meriden had a finer hospital, and many neighboring cities sent their patients to Meriden.

The Connecticut School for Boys was beautifully located on top of a hill with large sloping lawns on Colony street. The school was a temporary home for delinquent and homeless boys. The school taught discipline, good behavior, manual training, farming skills, trade skills, and general education. The teachers who worked there were some of the best educators in the state.

The first train came puffing into Meriden station in November, 1838. Meriden was originally the last stop on the New Haven line, but that changed in 1839 when the railroad was extended to Hartford.

The railroad track was located so far west of the center of town that it drew business to what was then known as West Meriden. This is what began the development of the area now known as downtown Meriden.

The Meriden Y.M.C.A was built from 1876 – 1877. It was home to the first public library in town. The books were free for everyone to read, but to withdraw a book you had to become a Y.M.C.A member at the annual cost of $2.

Lake Merrimere was the name given to this lake in Hubbard Park. The lake still looks just as beautiful and you can see it while hiking or driving up to Castle Craig.

Walter Hubbard purchased the greater part of what is now Brookside Park in 1901 and donated it to the city. It was a beautiful area with shade, ponds and grass, and was once considered one of the more notable parks in the state of Connecticut.

Hanover Park in South Meriden was a commercial enterprise run by the Meriden Street Railway Company and later by the Connecticut Company. The park charged a small admission fee and provided many different forms of entertainment to its guests.

This picture shows the original entrance to Hubbard Park. The pavilion was modeled after an Ancient Greek Temple and the mortar and cannonballs were from the Civil War. The mortar was presented to Merriam Post, G.A.R., of Meriden, by the United States government, and was later placed in the park under a large flagstaff. The pavilion remains, but the mortar is gone. It was most likely melted down during a scrap drive for one of the World Wars.

Before there were the Platt Panthers and the Maloney Spartans, there was Meriden High School. We can only assume this high school had some of the best sports teams in the state.

In 1915 Colony Street was a dirt road primarily serviced by horse drawn carriages.

The building for the “Meriden Record” can be seen to the right, with a group of boys out front. 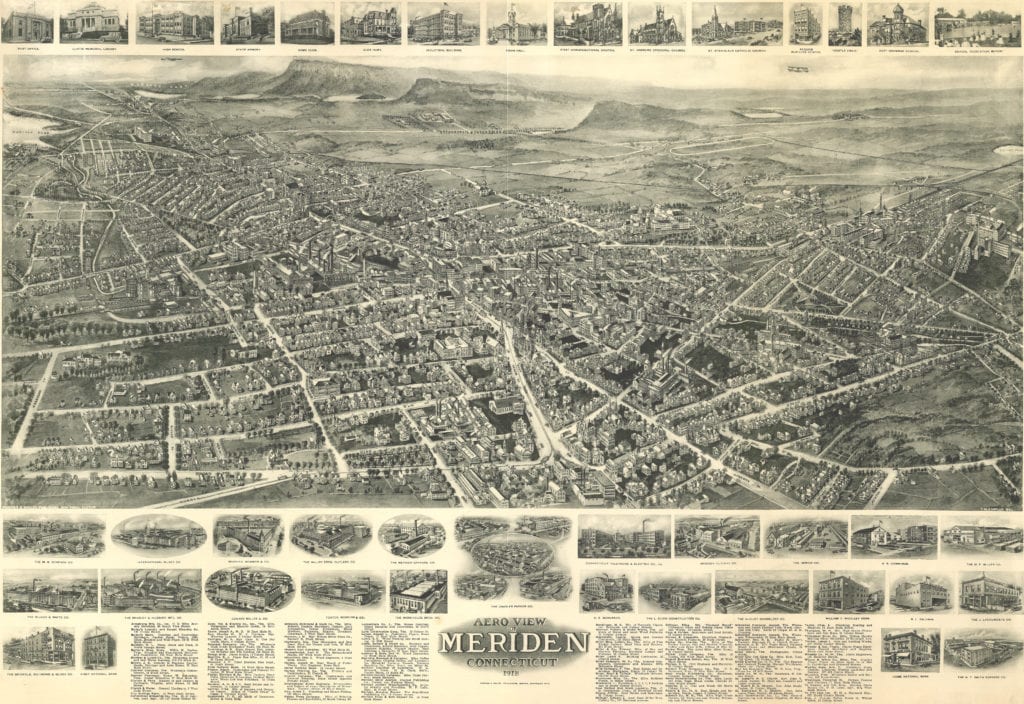 This map shows the city of Meriden, Connecticut as it looked in 1918. If you click on the image, you’ll be taken to a high resolution version of the map, where you can zoom in and see many of the same streets and neighborhoods that exist in the city today.

There are a few notable differences; for example, in the upper right quarter of the map is a large field labeled “State Fair Grounds” at the corner of Bailey and Kensington Avenue. According to The Record Journal, the park was once known as Trotting Park and was home to statewide fairs and horse racing events during the late 1800s and early 1900s. It is now known as “Mule Well Field”.

The map itself is surrounded by the pictures and names of prominent businesses of the time, including,

This list is only a fraction of the businesses that called Meriden home at the time. There was also a brewery at 137-157 South Colony Ave, and a manufacturer of Havana & Domestic Cigars, including the five cent “Castle Craig” cigar, on Veteran Street. Reproductions of the map are available here.

This building in Hubbard Park was originally a trolley waiting station. The trolley would drop off and pick up passengers at this station so that they could enjoy a day at the park. There is now a playground directly adjacent to this building.

Undercliff State Hospital was a roughly 40-acre hospital situated on Undercliff Road in Meriden. It operated from 1910 to 1976. The hospital was originally called “The Meriden Sanatorium” and was built as a home for children with tuberculosis, German measles, chickenpox, and smallpox. In the early 1920s, the site name was changed to Undercliff Sanatorium. This picture shows patients of the hospital getting fresh air on the veranda.

A view of East Main Street in 1924. The white building was The Curtis Memorial Library, now known as the Augusta Curtis Cultural Center.

The date of this painting is unknown, but it shows the view of Elm Street from Silver Street in Meriden.

This is the dam that created Baldwin’s Pond on North Wall Street. You can see what it looks like today, here.

Meriden’s central location was the reason for its growth in the past, and its best chance at resurgence in the future. If the city hopes to return to its glory days, it would do well to capitalize on its location and incentivize large companies to return to the area, providing jobs to the town’s citizens and revitalizing its lackluster downtown.

Unfortunately, that resurgence will be tough without help from the State. Connecticut has the second-highest property tax in the nation, ranked 49th out of 50. The Tax Foundation ranks Connecticut 43rd out of 50 in tax climate, a method of comparing the efficiency of state tax systems.

In 2015, General Electric and Aetna threatened to leave Connecticut if the governor signed a budget increasing corporate tax burdens. GE followed through on that promise in 2016. These examples reinforce what we know from economic theory: taxes matter to businesses, and the cities and states with competitive tax systems reap the benefits of business-friendly tax climates.

Meriden, like many other once-great industrial towns, continues to await its return to prosperity. Until then, enjoy Hubbard Park. 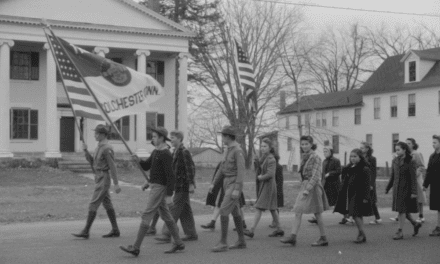 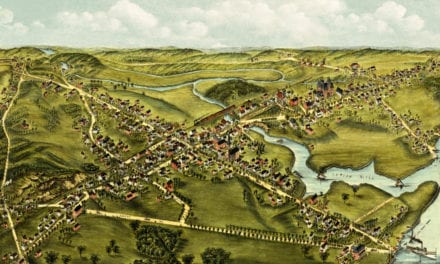 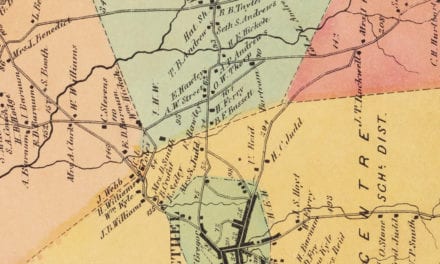 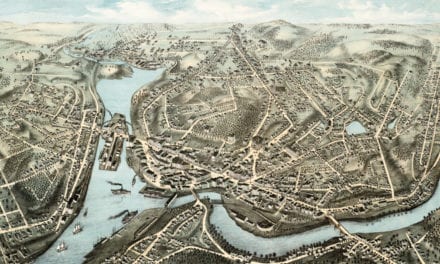