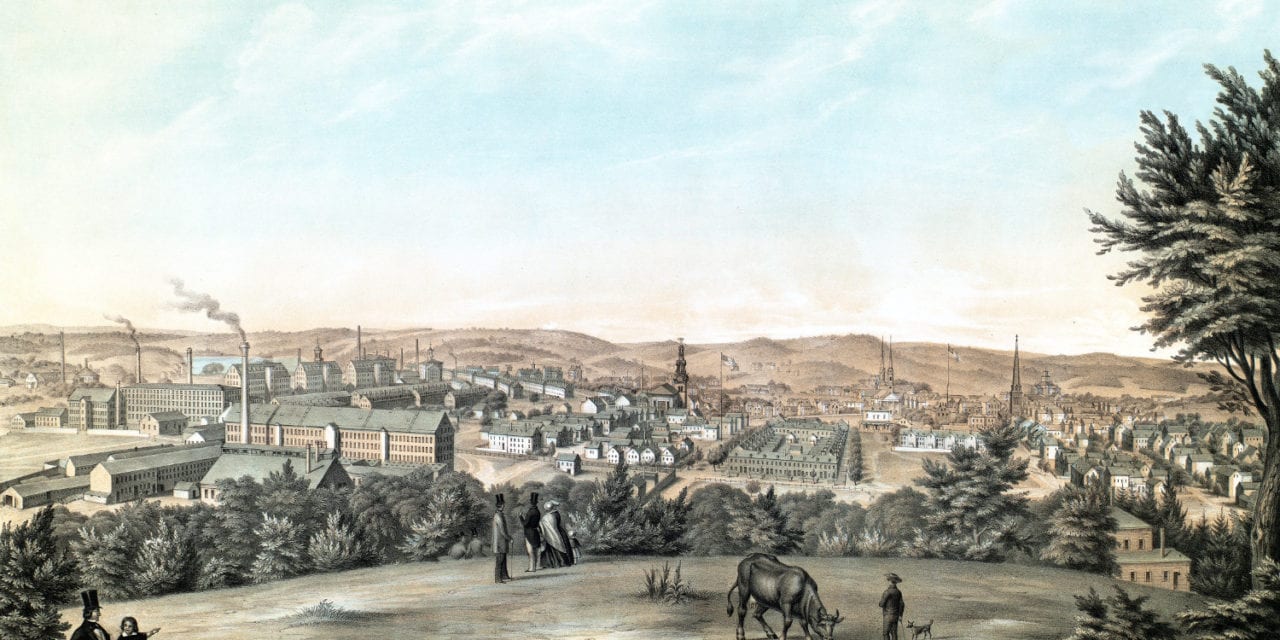 This view of Lawrence, Massachusetts was created in 1854 by Ed Hoffman, A.J. Wandra, and the S.W. Chandler & Bro. Litography Company of Boston. The image shows a bird’s eye view of Lawrence from Prospect Hill.

The print is titled “View of the City of Lawrence Mass. Dedicated to Samuel Lawrence Esquire. ” It includes a description of the city which reads as follows:

A directory under the drawing lists 14 of Lawrence’s major companies at the time (including the Pemberton Mill), and 14 churches along with their date of organization.

This historic map of Lawrence has been restored by KNOWOL. Reproductions of the map are available here. 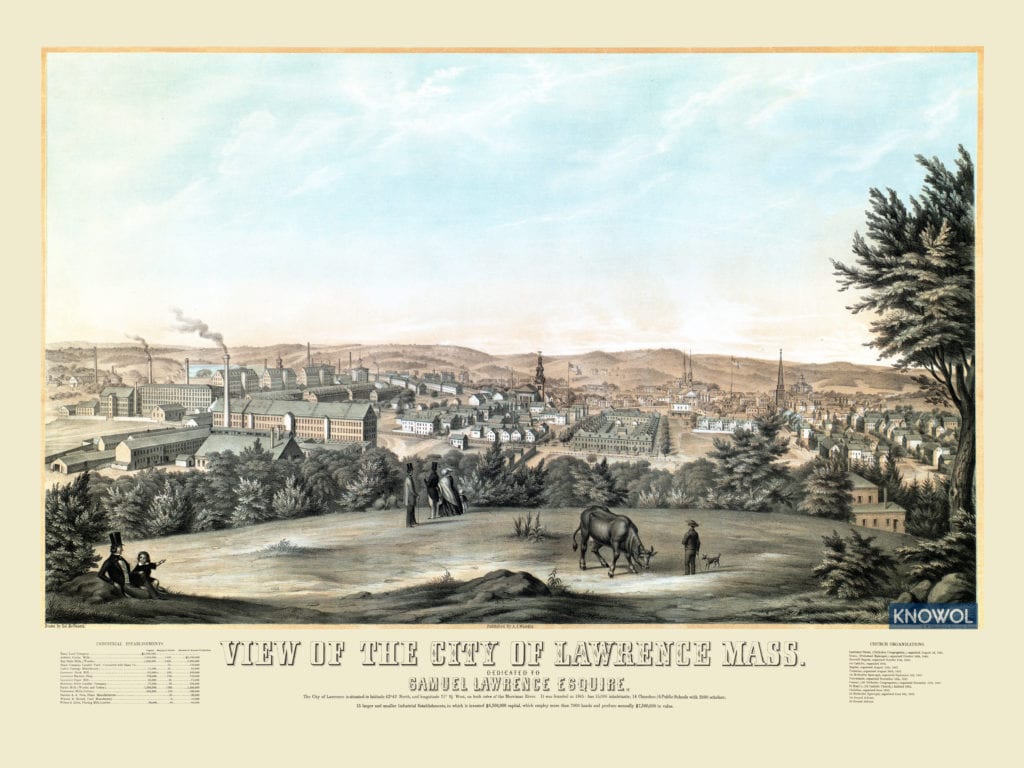 This map of Lawrence will make an attractive addition to your office, library, or den and can even be used to teach children the geography and history of the area. When you’re done exploring, click here to get your copy. 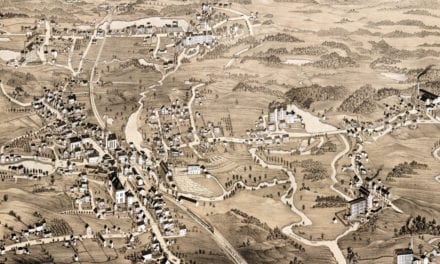 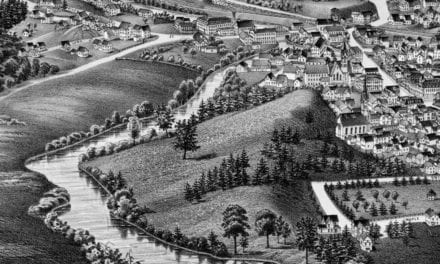 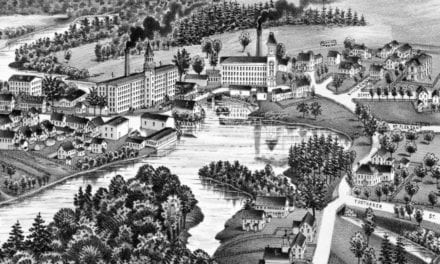 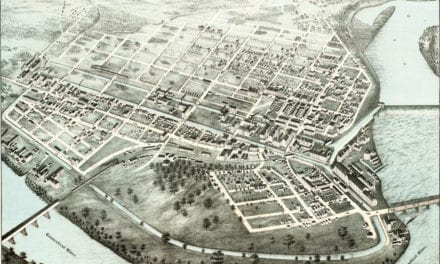